Hi! I’m already finishing my work to this competition so it’s the highest time to start this thread and write about the idea as well as post some wips and details. Firstly, I wanted to go into outer space themes but I’d seen it got quite popular in this competition and decided to change it into something different.

I attach my concept drawing which is actually my very old (10+ years) digital painting. It depicts the Siberian shaman delving into the fly agaric stupor. There’s a real story behind it. A shaman used to consume psychedelic mushrooms in order to enter the underworld of spirits on behalf of a tribe. Fly agaric contains three crucial alkaloids: muscimol, muscarine and ibotenic acid. The former is a psychedelic basis whereas the latter two are toxic and rather unwanted. Ibotenic acid can be rid off by drying the caps but there is nothing to be done with muscarine and a shaman accepts the poisoning risks. Hence his journey becomes a perilous task which requires courage, wisdom and respect to whatever is going to be met on his way. Furthermore, muscimol is not metabolized and thus can be excreted in urine which is later being drunk be other tribe members to co-participate in hypnagogic visions.

The mushroom-formed creatures are often mentioned in relations of fly agaric hallucinations. 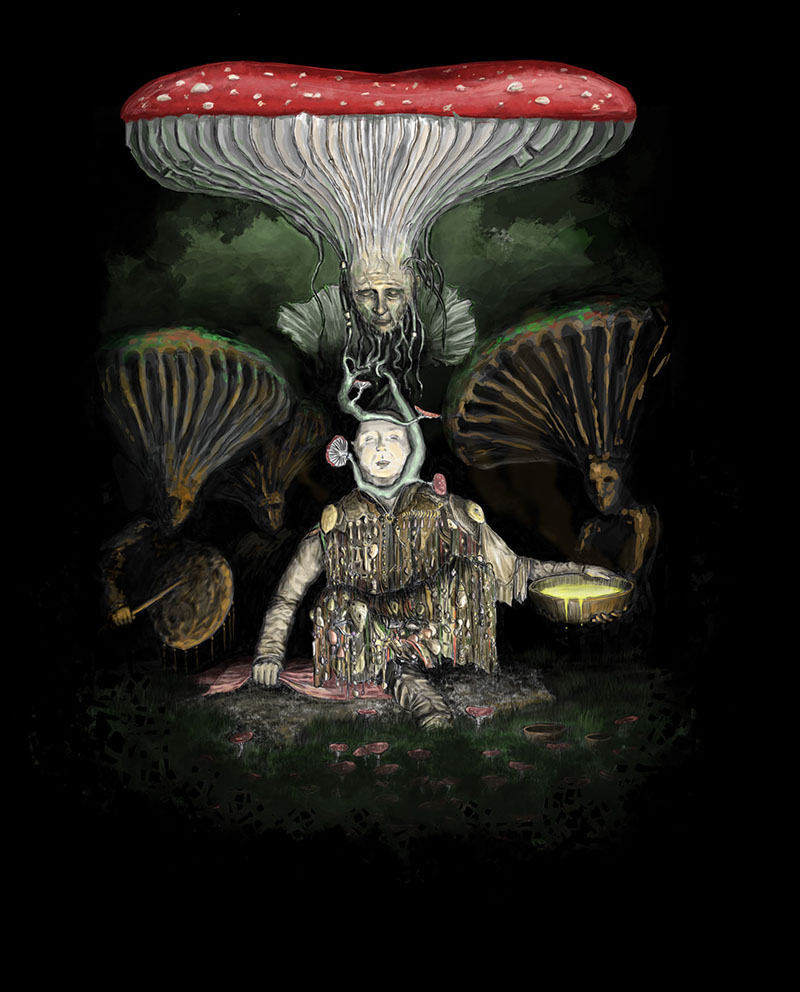 A bit about modelling the character. At the beginning I have modeled the general pose. The shaman is to be on his knees, firmly grabbing the bowl with overall feeling of confidence and strength. I have focus only on details of the head and hands as all the rest of the body is to be under the clothes.

I started with ceremonial robe in marvelous designer. It is quite simple and coarse clothing with enormous amount of stuff to be pinned to it later (everything from animal bones to weapons or pendants as it’s everything that the shaman may find useful during his journey). After some refining in zbrush, I’ve poly-painted various types of leather and moved on to 3ds max to fill the model with dozens of assets (3d scans among them and some reused from my previous projects) with some simulated additional straps over them. 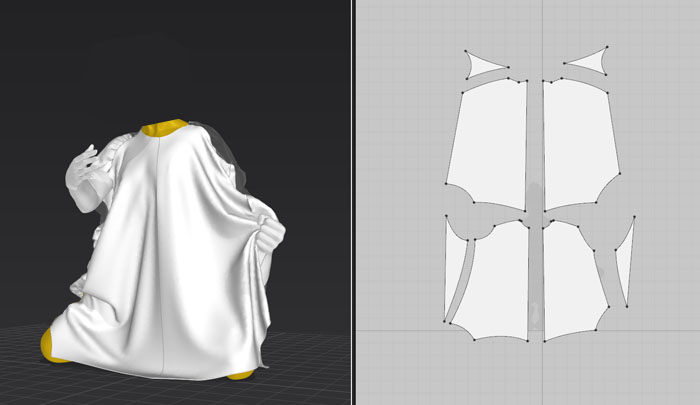 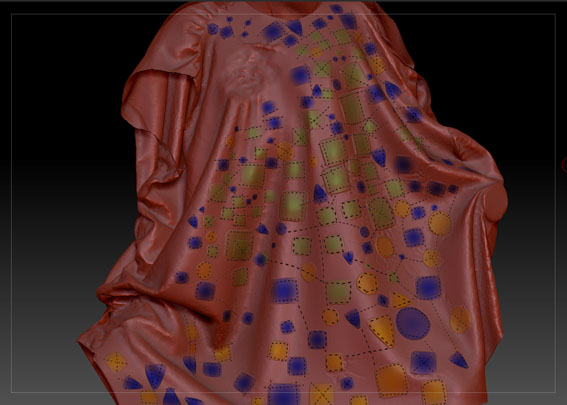 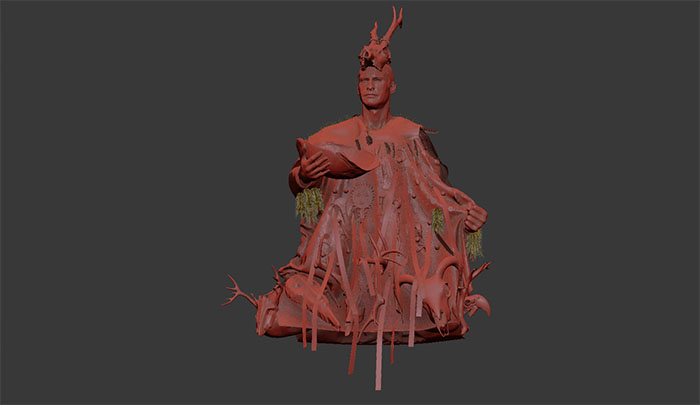 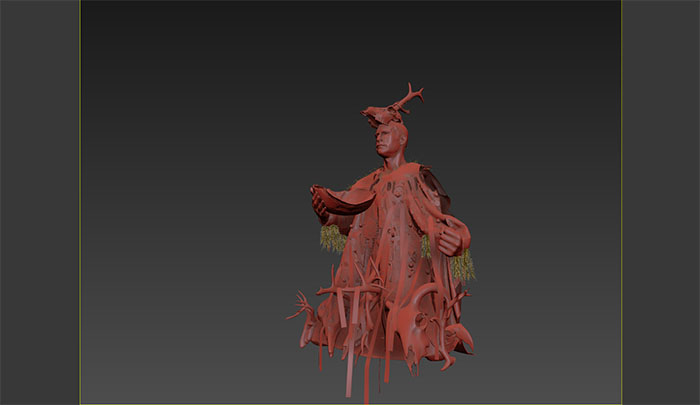 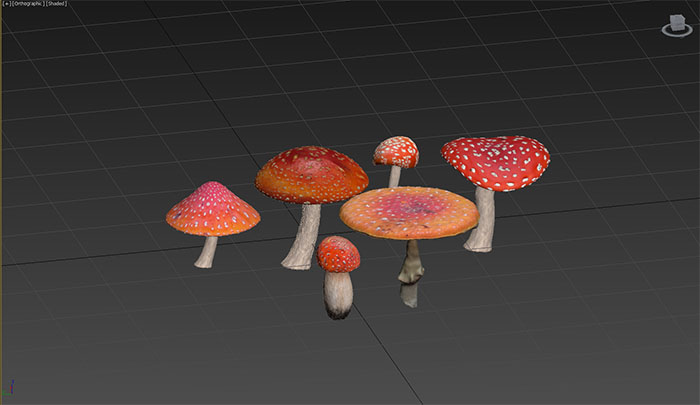 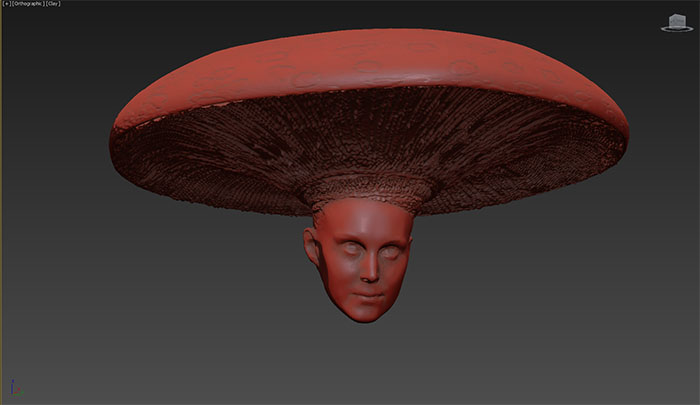 Plans for the composition. 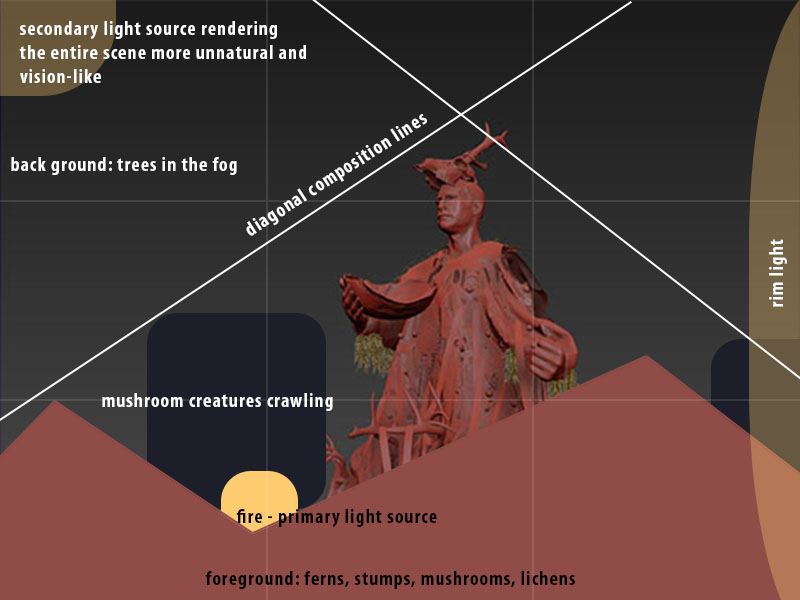 WIP with the foreground. 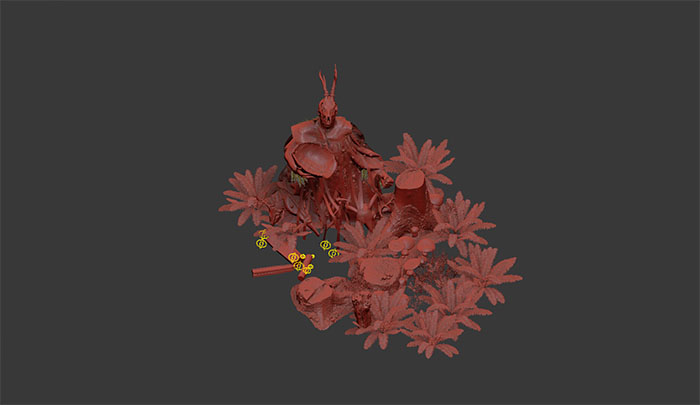 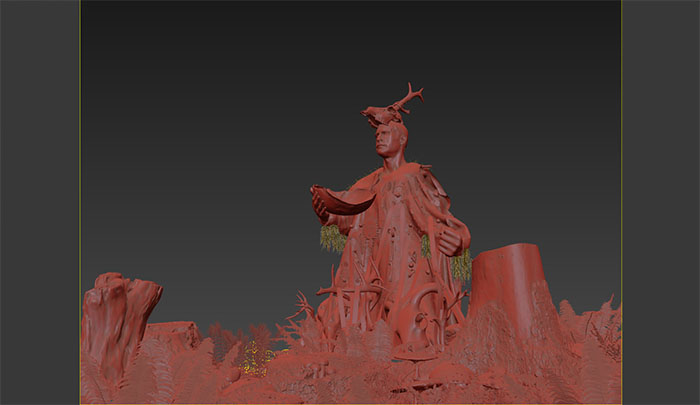 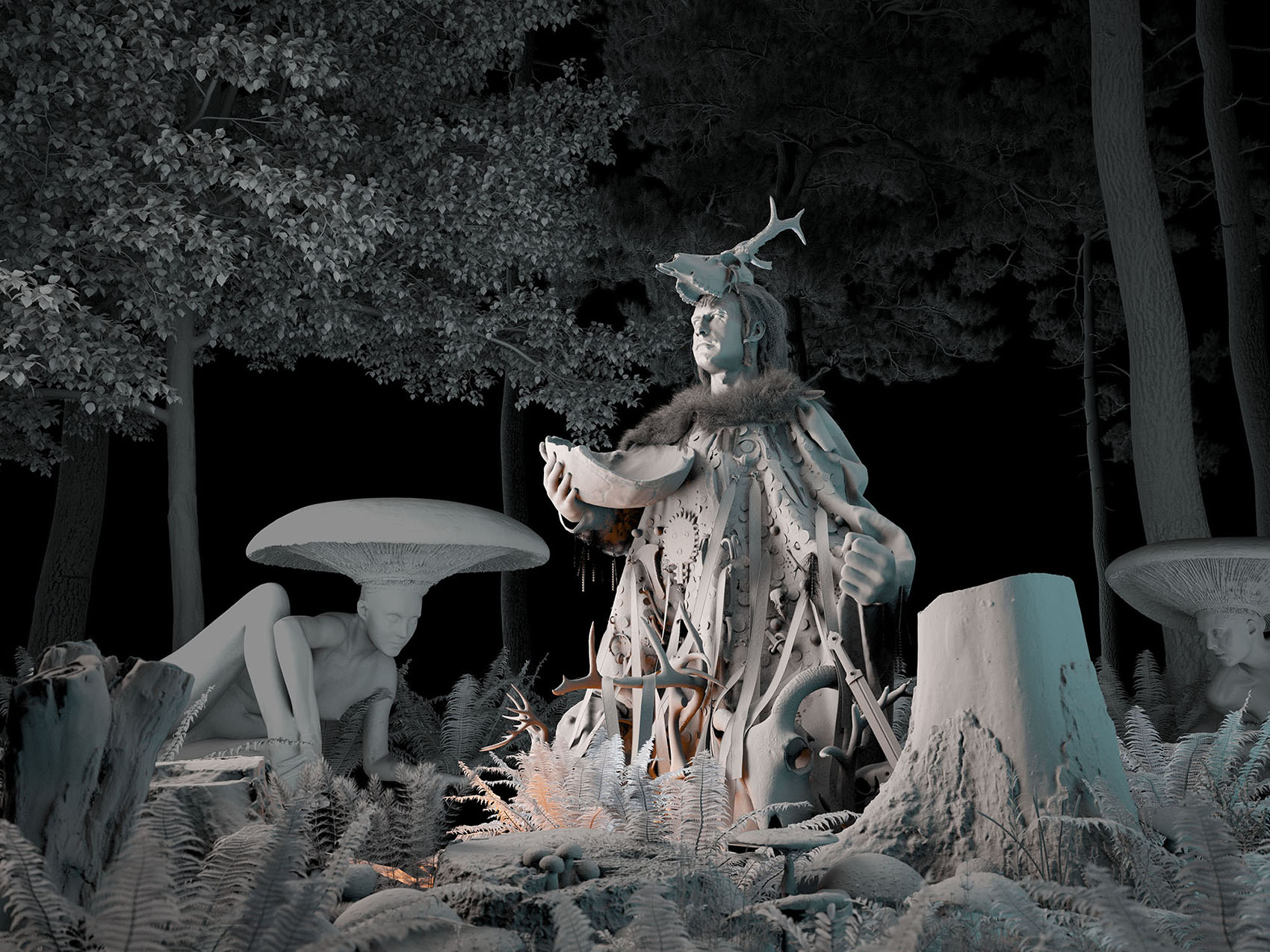