Hi everyone! Everything flows and changes in this world and that is time to light up some news in CG industry. Moreover, the 3D world is developing more dynamic than all other industries. Especially all the latest news is really interesting and important.

Recently Autodesk has pleased us by introducing  Maya 2014, Autodesk 3ds Max 2014 and Autodesk Softimage 2014. All of these products in the 2014 version have got huge, almost incredible development of their capacity. The company has made a great job and according to some experts the amount of innovations in the version 2014 are greater than in the 2011, 2012 and 2013 versions taken one with another. All the new products will be available in the end of the spring.

However, we can easily review the changelist following the links (3ds Max 2014, Maya 2014, Softimage).

We would like to note some new possibilities of 3ds Max, not all of them, but the most important to our opinion. There are many innovations in Maya and Softimage too, but unfortunately we don’t know these programs as good as 3ds Max and we can’t rate their level of innovation in comparison with previous versions. Although the experts say, that the most innovation has been subjected to Maya.

In addition, the company changed design and interface in all three packages. Icons also have been changed and that reflects a new tendency of the active development of Autodesk. Apparently, the company was in such a hurry to please us with new possibilities that they forgot to make different logotypes for 3ds and Maya. As for me, weI have two versions. Either the new logo of 3ds Max is a turned logo of Maya, or the new logo of Maya is a turned logo of 3ds Max. It is impossible to determine because both programs have a large letter “M” in their names.

Now there is a bad news from the gaming industry, which is the part of 3D world too.

The Walt Disney Company has closed the studio LucasArts, which was one of the oldest and specialized in the video games production. The destiny of the project Star Wars 1313, the main character of which as it’s rumored has to be Boba Fett, is hanging in the balance. If Disney does not sell anyone the rights to this game, it will never be released. 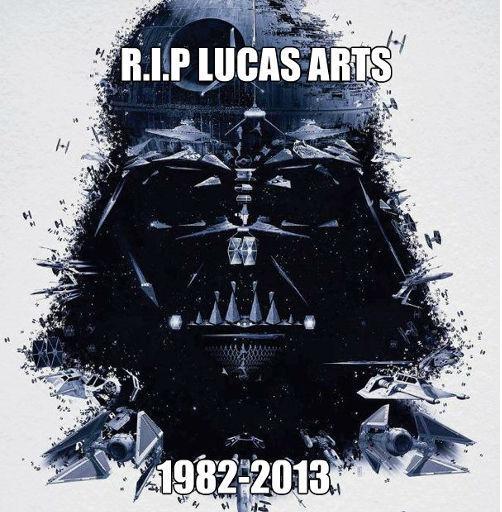 We also consider this as an act of vandalism for the whole gaming industry, because the well-coordinated team of professionals has been dismissed. The vast experience of the whole team, which began in 1982(!), just has been thrown away. The creation of such a team is a very difficult task and it is just impossible to gain such an experience for this team.

The one of the main consumers of CG is video games and this impact will affect not only the players but also the whole CG world. Because the success of the game highly depends on design, it’s better to say on 3D and 2D artists.

I hope that other studios will actively accept the old staff from LucasArts, because it is not easy to find such professionals. We wish them good luck.

Let’s get back to the world of 3D software again. Within the confines of strategic cooperation MAXON Computer GmbH and Adobe Systems Inc., both companies have presented a new interactive workflow between Cinema 4D and Adobe After Effects, which was named Cineware.

Thanks to it, all the necessary passages in the compositing are transferred to After Effects. The transition from one program to another is no longer needed, because Cineware represents a bridge between them. Now all the scenes of Cinema 4D can be loaded to After Effects and all the passages of Cinema 4D are provided to Adobe program as layers, if necessary. In addition, when you install a new After Effect, Cinema 4D Lite will be installed automatically, this is a simplified version of the original Cinema 4D (link).

Unfortunately, not every news is good, but there is no reason for sadness to distract us from the work. We will create the following good news with our own hands! In the next post of this blog we will show you how to make a good car disc in 3ds Max. We are still working on this tutorial so watch for updates. We think there are people for whom this tutorial will be really useful.

Have a good render!