Finally (As odd as this may sound) I have actually decided to go for the idea that of which I least took seriously. Presumably because whilst the other concepts were sort of pinned to a side I was able to rather clearly visualize this one.

My Subject: The “interaction” (So to speak) of a teen aged 13-14 with the opposite sex for the first time.

Our boy accidentally opens the door of the girls dressing/changing room and evokes a mutual display of panic. The girls contort in their hurry to cover up and the shocked boy is panicked and shocked before what he sees for the first time ever.

I am sharing a series of details (Such as the boys character) on the visual. 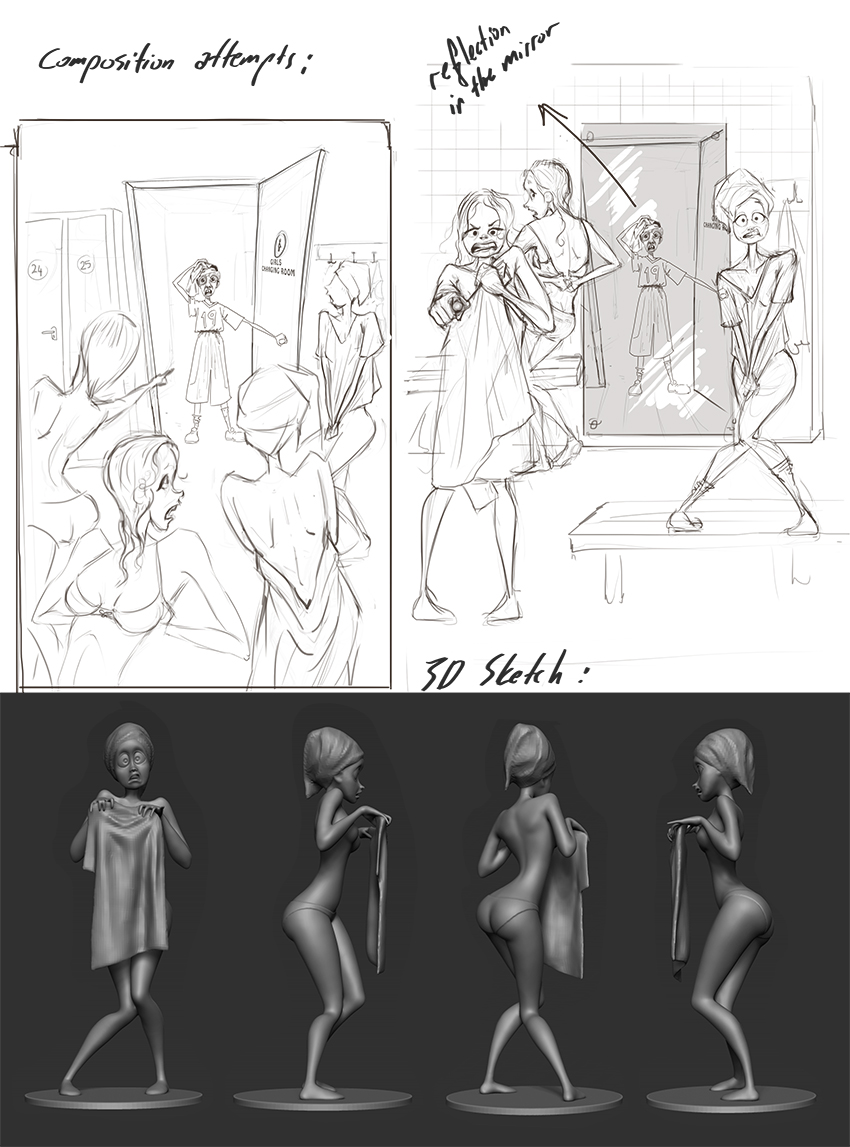 Here are some of my early character wip’s. 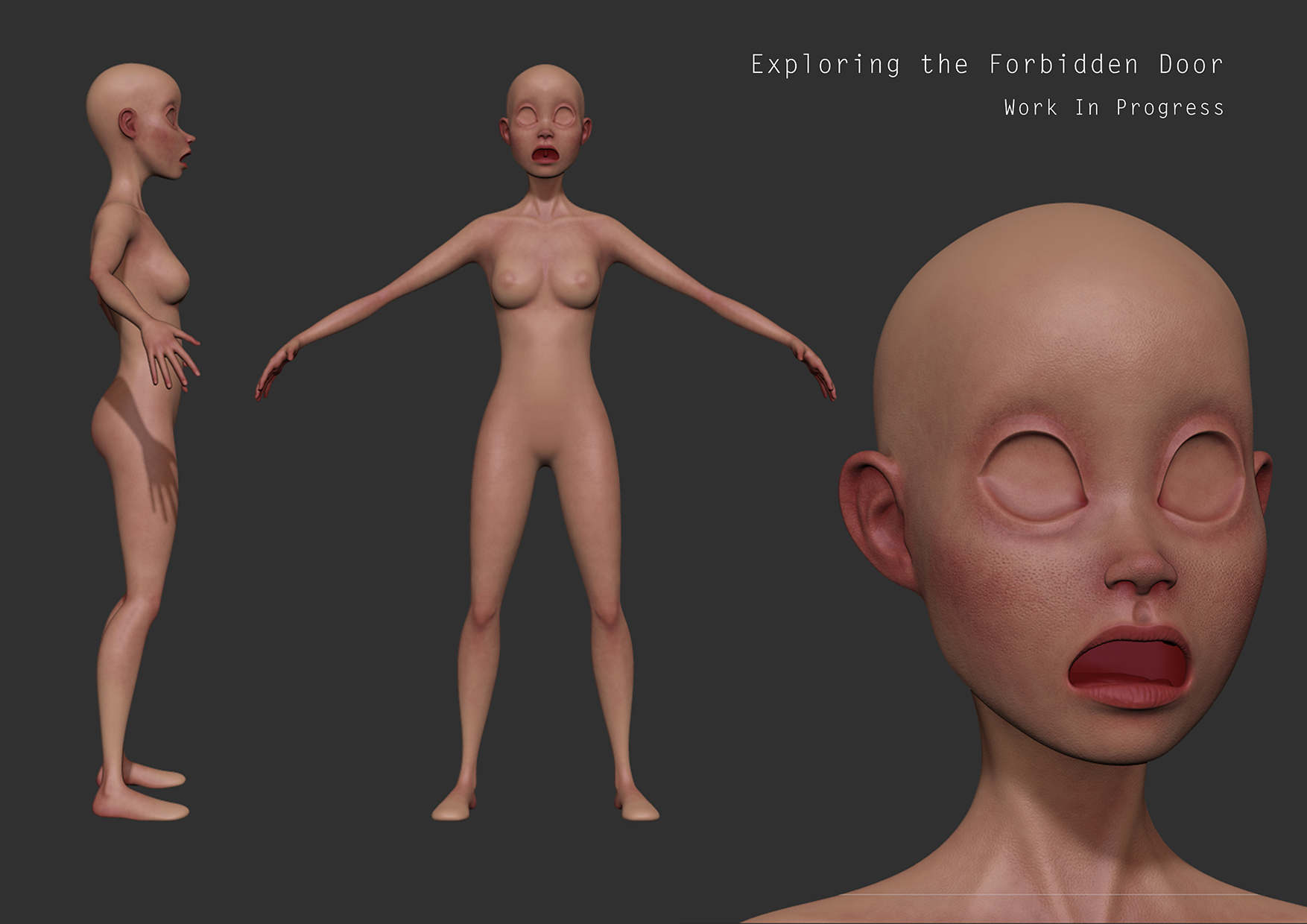 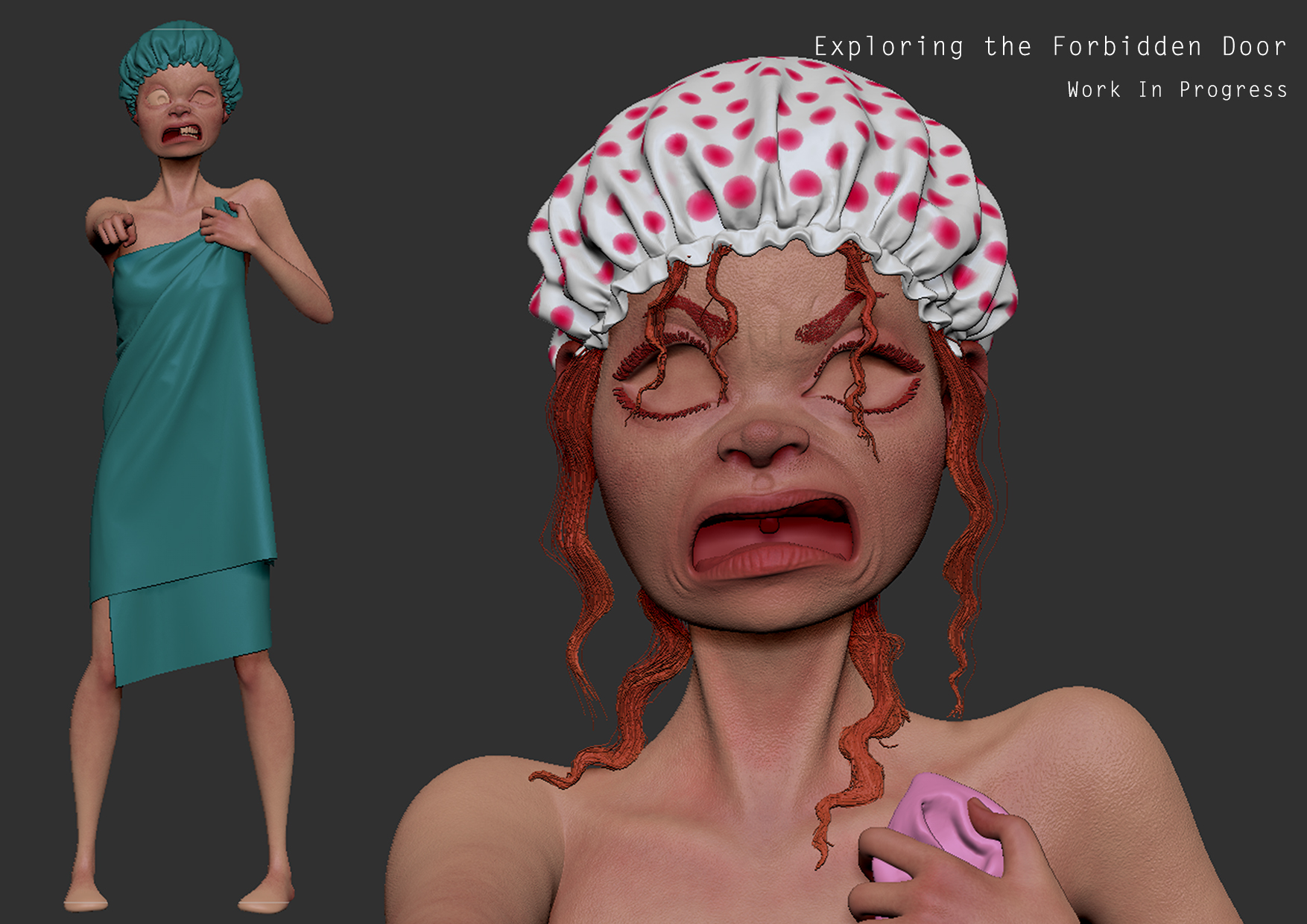 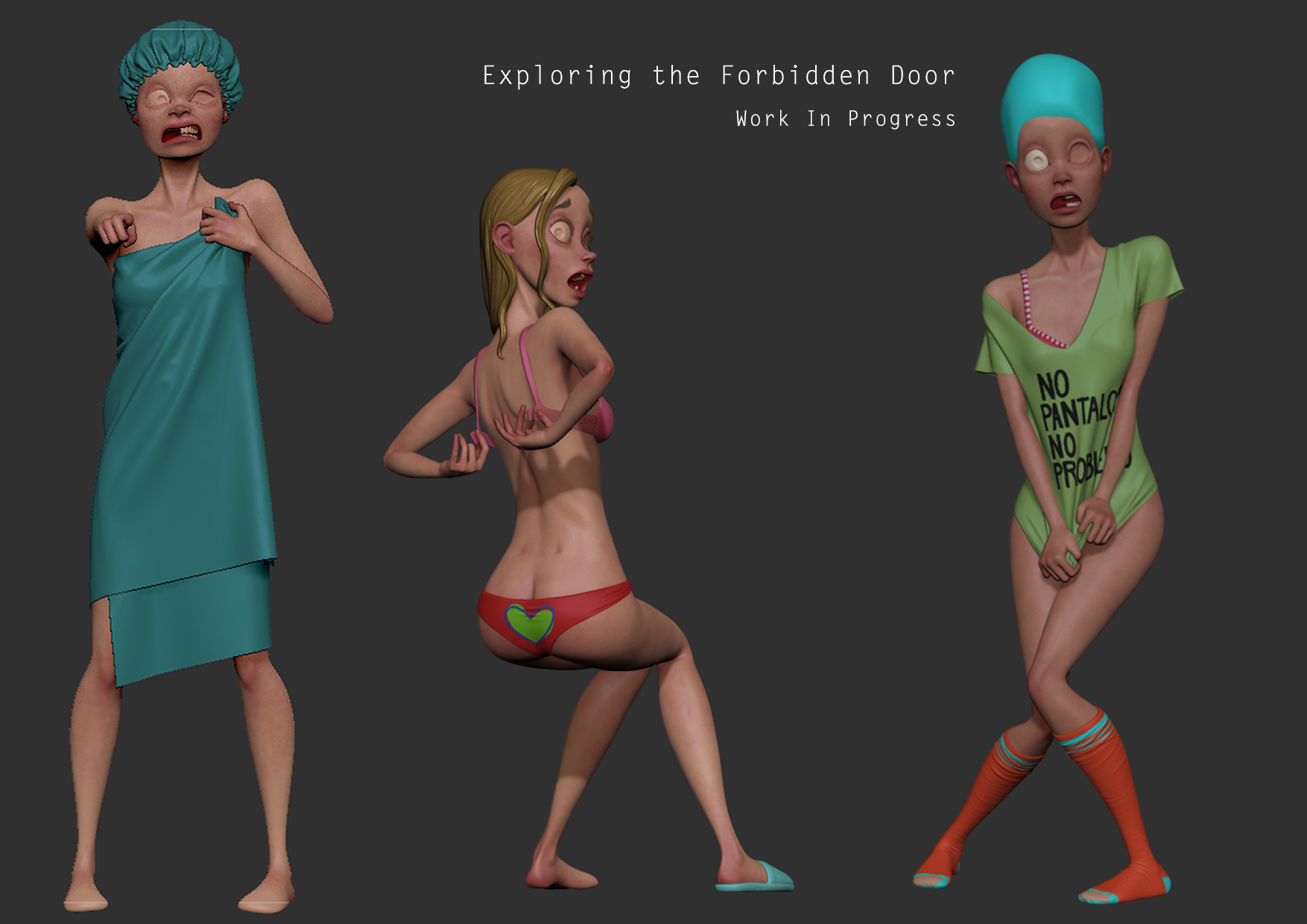 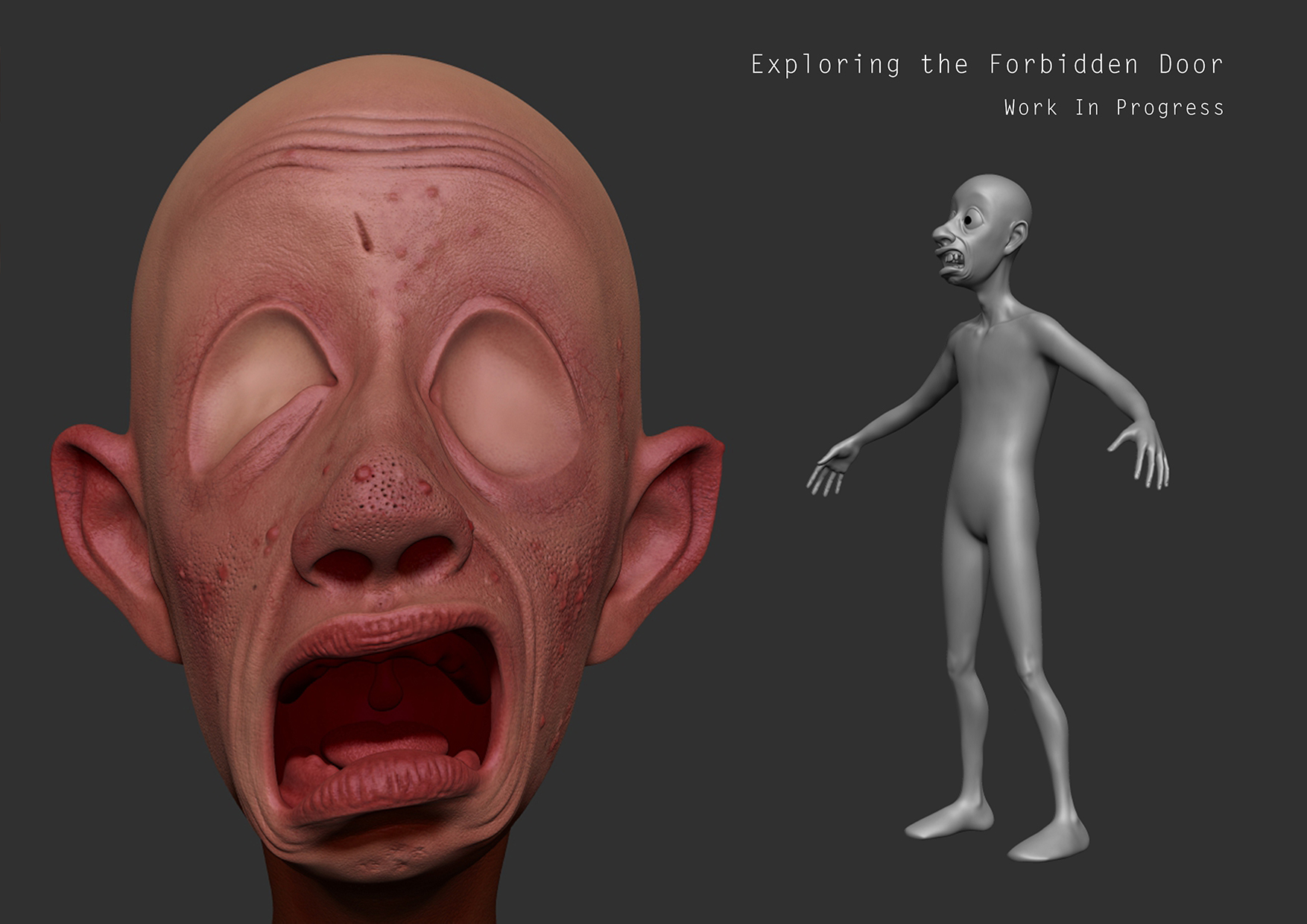 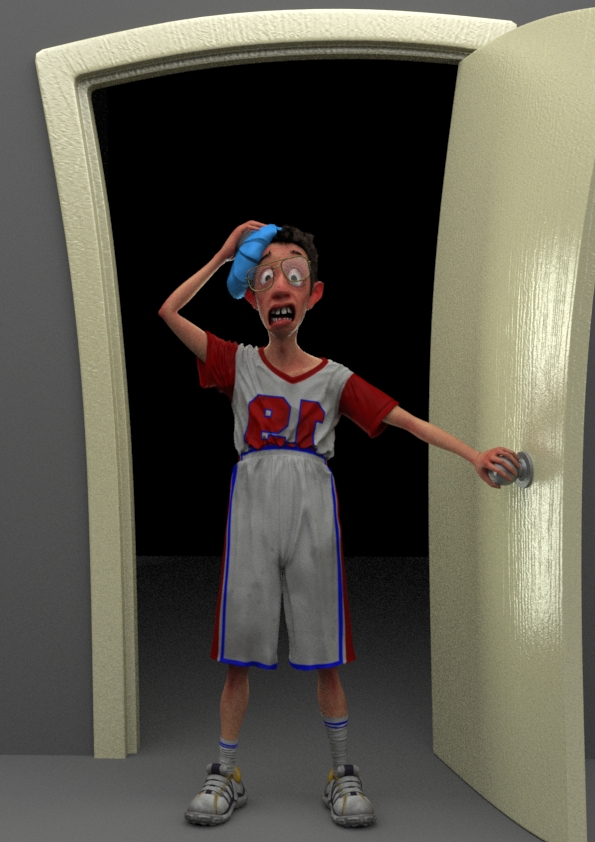 Here is my other clay render. 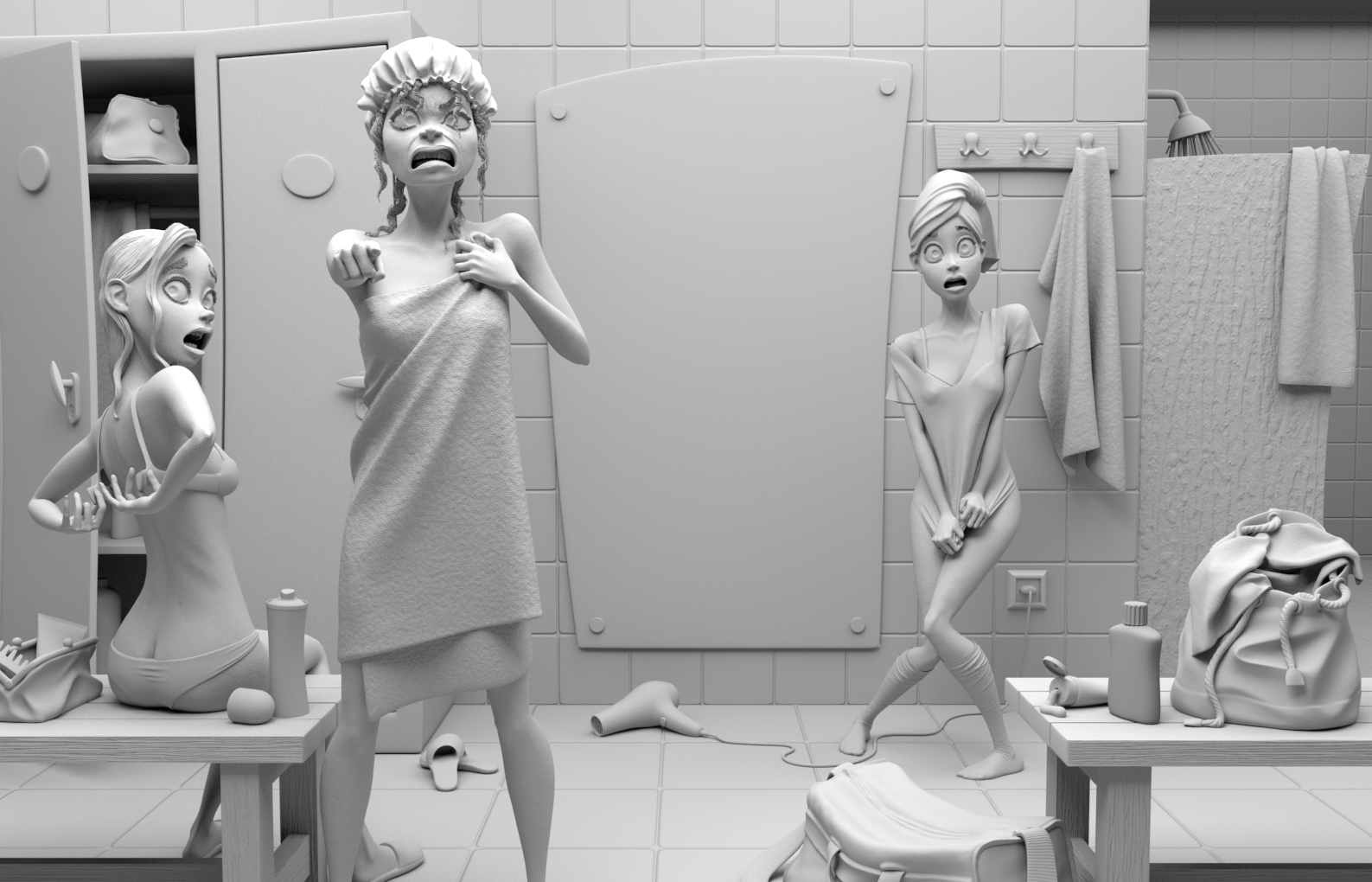