The concept and story of the desert runner came into fruition after Humster3d announced a new car render challenge. After careful thought I decided to work on something original rather than to do some existing vehicle, it’s a bit harder but much more enjoyable. The scene I had in mind geared toward a barren desert which also gave me a direction in which to take the design of the car, meaning it had to be suited to run the long flat desert at speed.

After afew days of trial and error, I began to finalize the proportions of the car, making sure that even though my car is sci-fi it has plausible exterior details which would lent it a more realistic and mechanical look. The program I chose to do the surfacing in is Alias Automotive, a NURBS based program which I’m familiar with and gives me the possibility to refine the design as much as I please, the only downside is when it comes to UV mapping for texturing which I did in Maya. 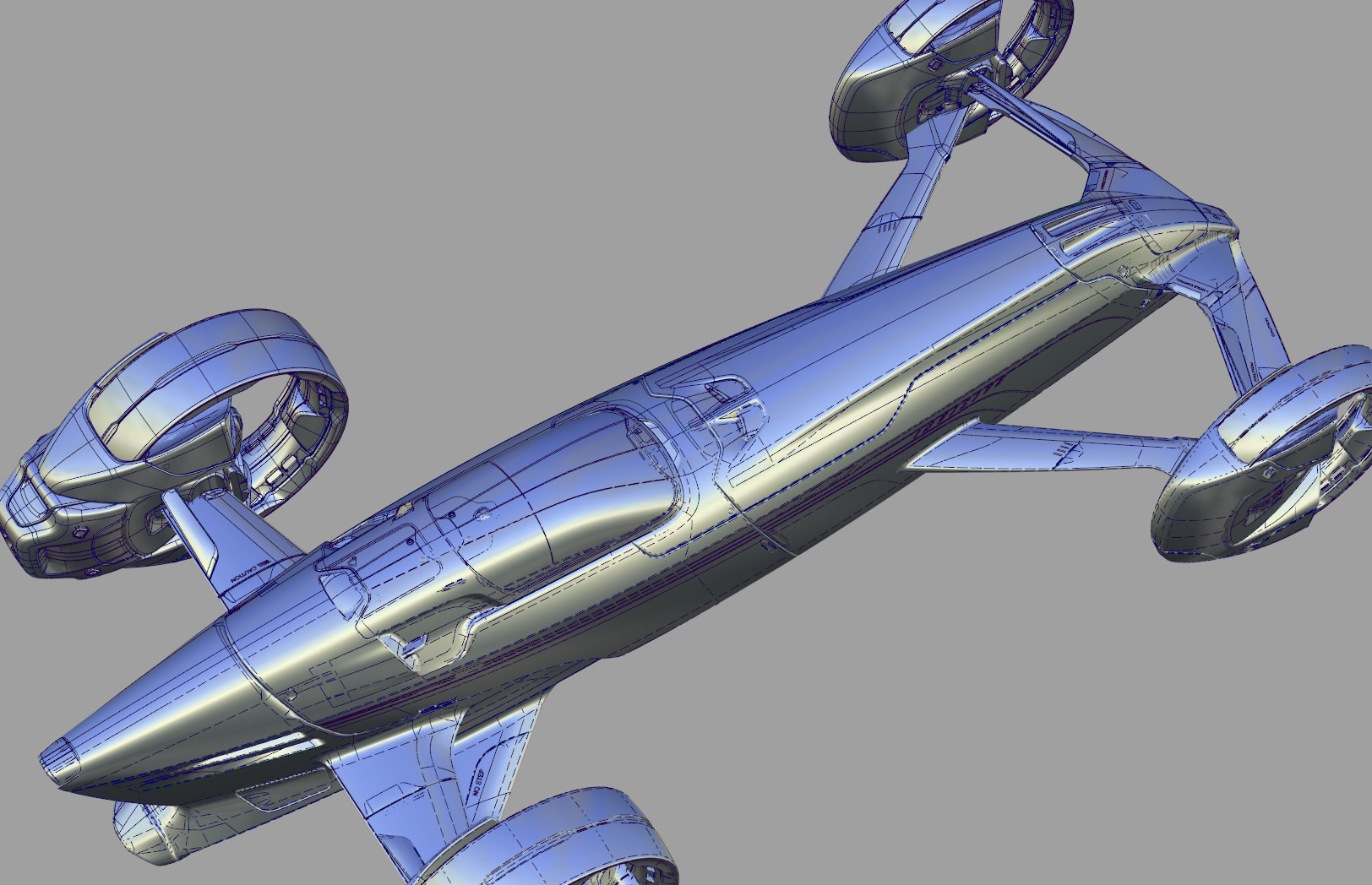 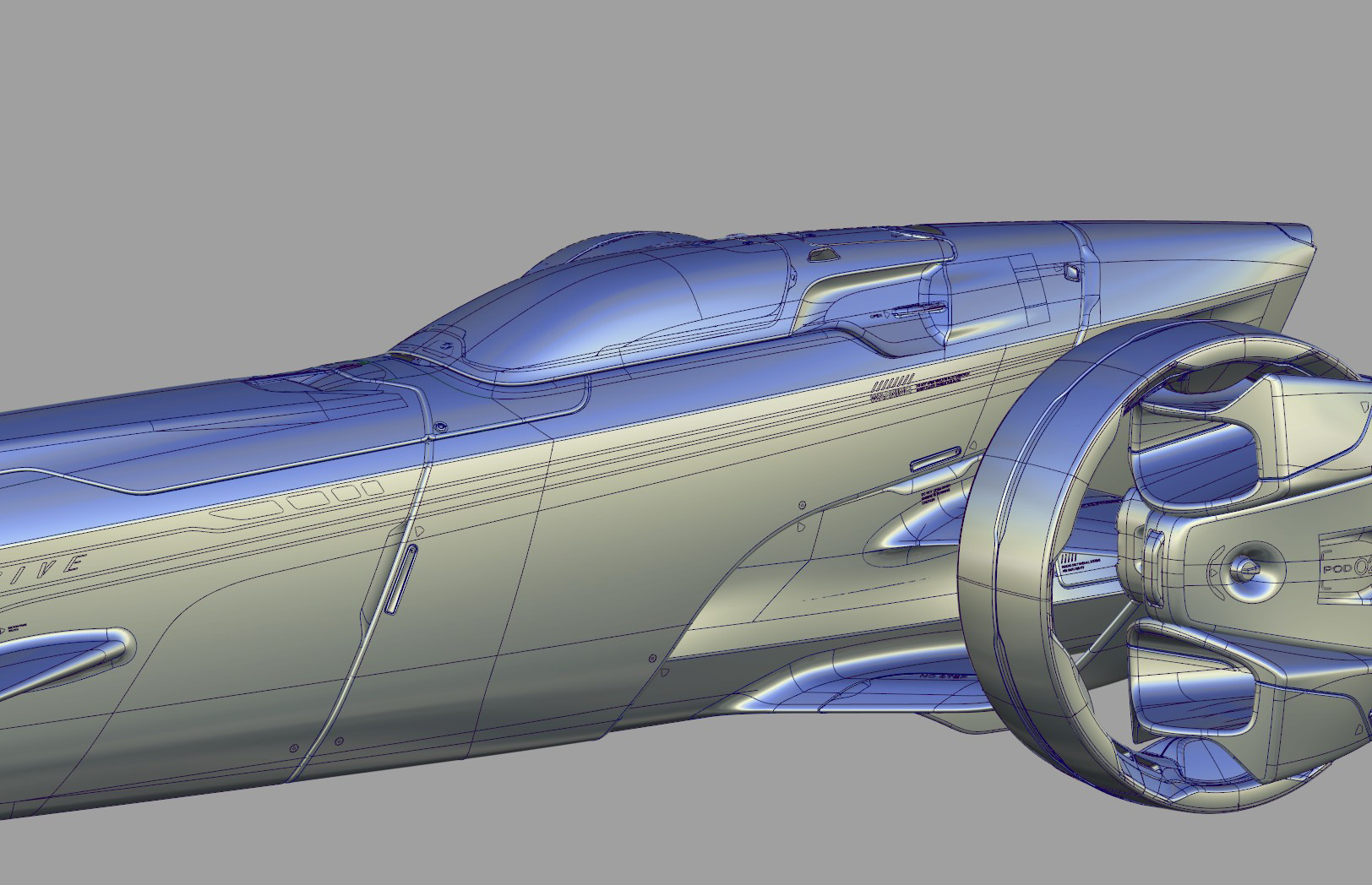 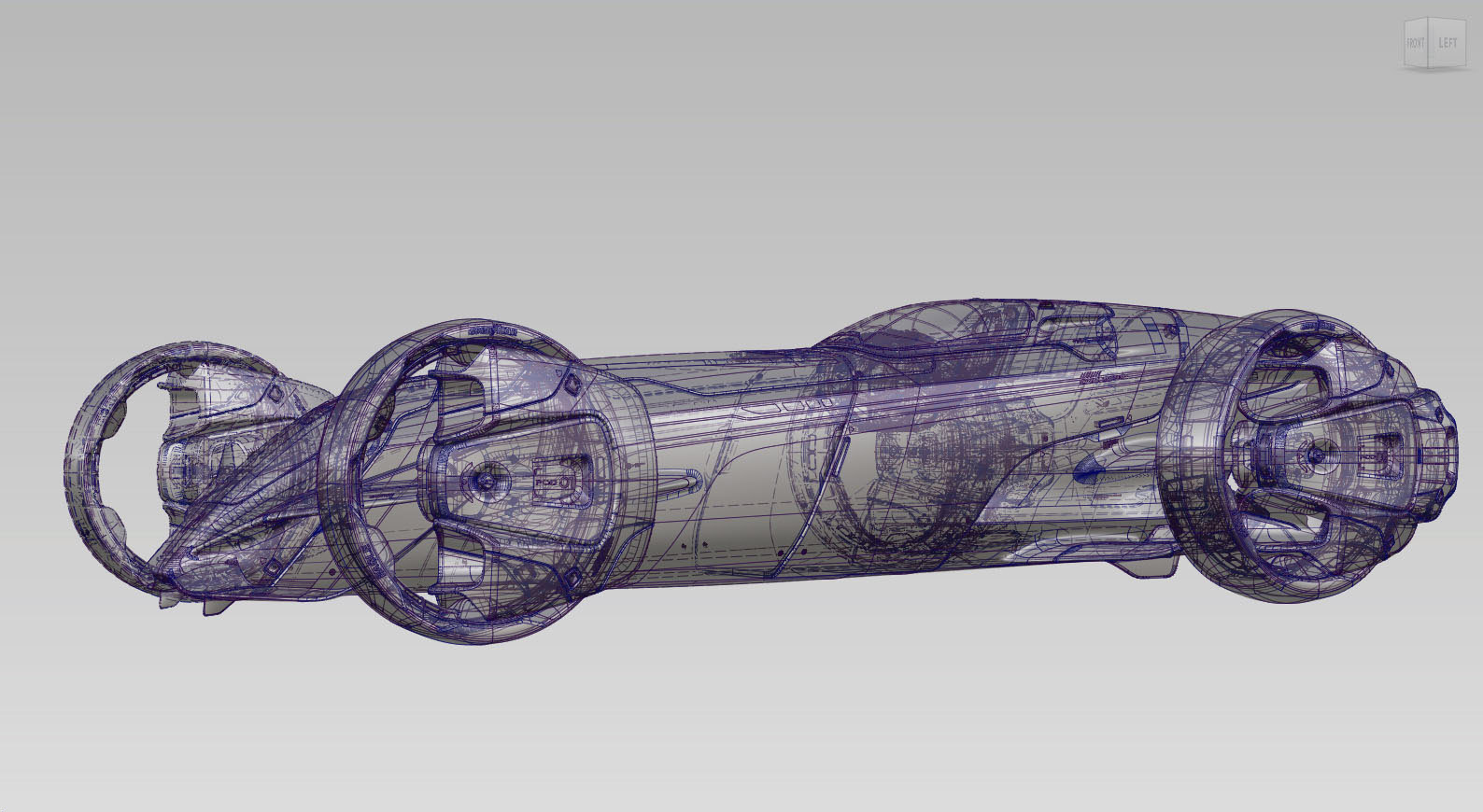 After I finished with the surfacing, adding details and preparing the model to be exported for texturing I played around with the color schemes to get an idea of how I want the vehicle to look, choosing colors which would fit the desert environment, making the car pop but still blend in with the rest of the scene.

The scene is very important to get right, it can make or break the image, you should give it as much thought as you did the main subject, it’s crucial or else you end up with a render that’s lacking. To give life to the scene some contrast between organic and inorganic I opted to model a small lizard which would be placed on some wrecked remains, just to add more story to the scene and to give the viewer something to explore. 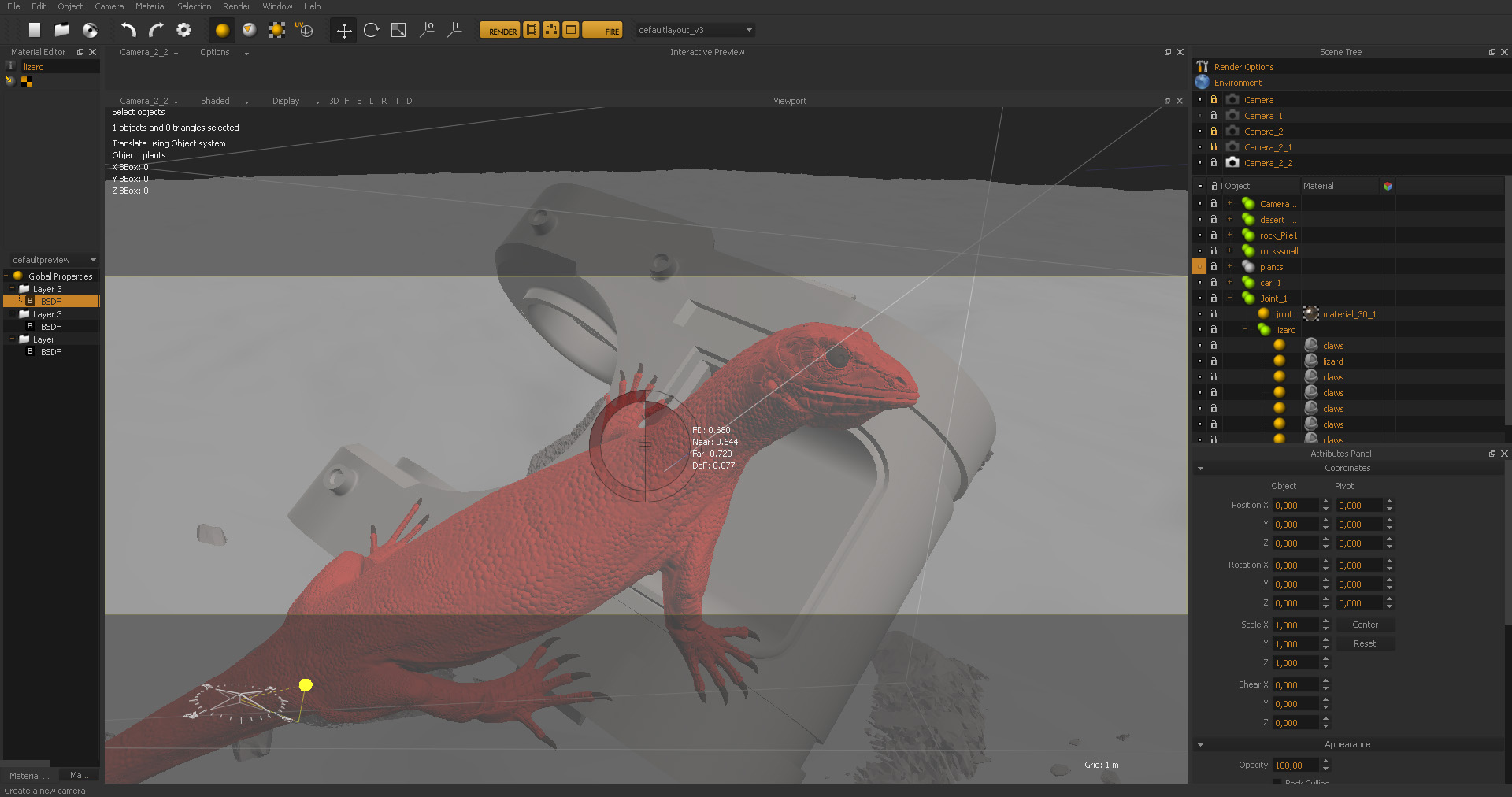 Posing the lizard also helps the composition, guiding the viewer’s eye towards the vehicle.

The hardest part after modleing is texturing for me, especially organic shapes since I’m not used to them, this took quite a bit of time to get right but I got the hang of it. 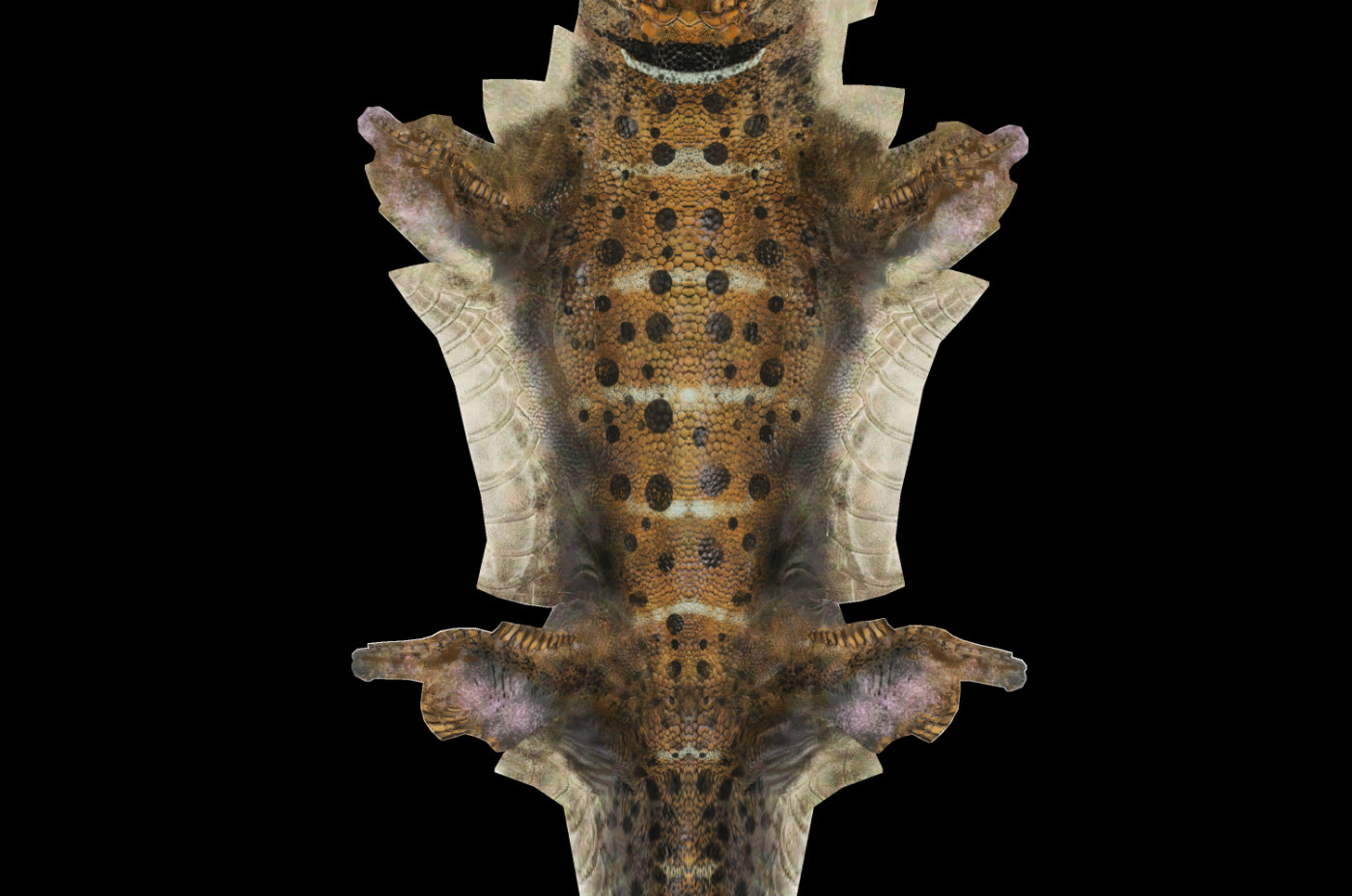 With the textring part complete comes the scene assembly task, I immediately started angle hunting in Maxwell to the best showcase the car, the 3/4 front view seemed to suit the car best, accentuating the long sleek lines and showing off all the details and texture work. I was still unsure how much I would want to show off the lizard, I was afraight it might take away too much from the car so I went throught and placed it where it was still noticeable but not overpowering. 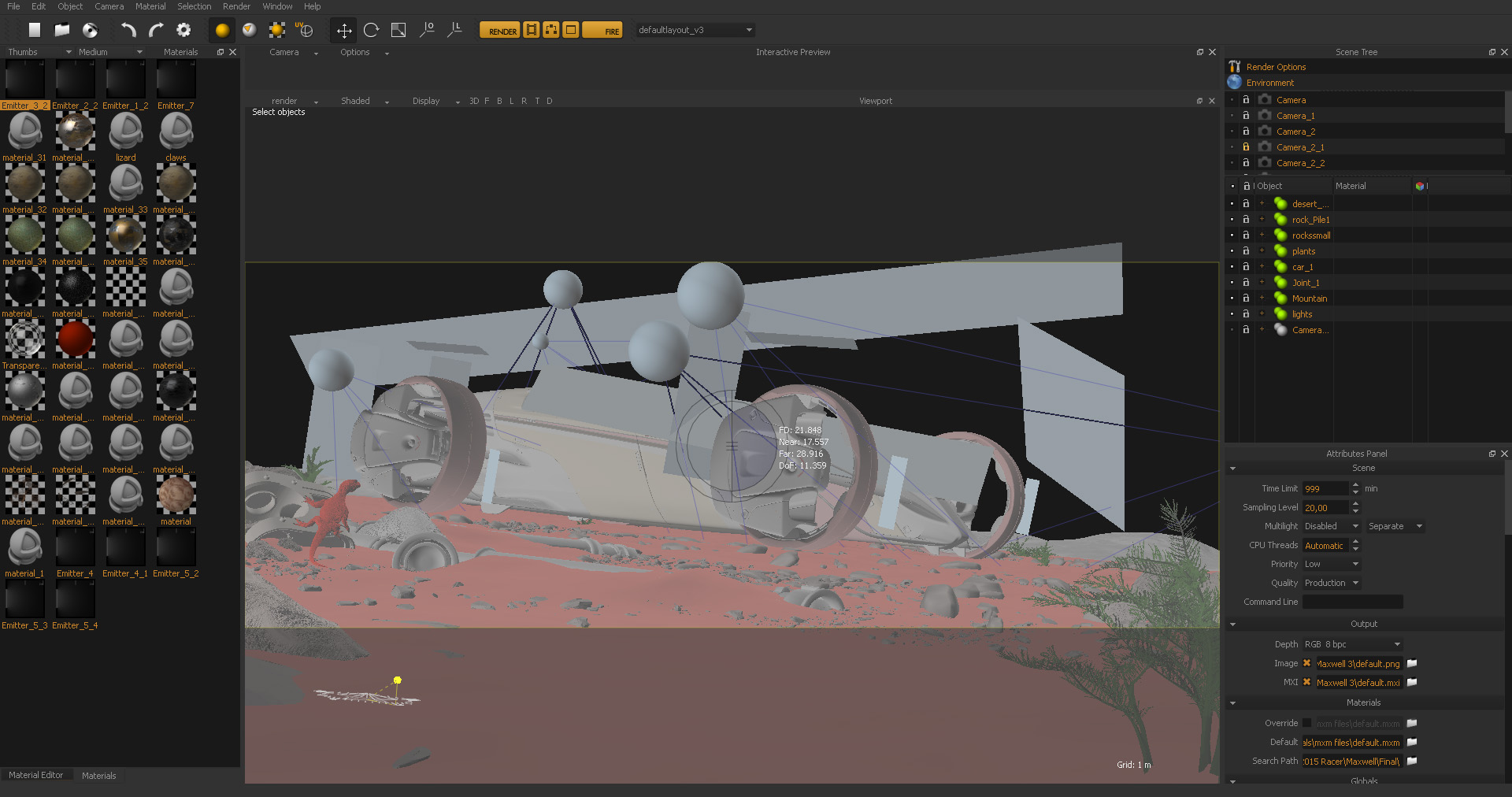 Having the camera angle set meant that I could start lighting up the scene to best suit the chosen view, I did quite afew experiments with the lighting however the setup you see in the image worked best. The chromatic balance between the car and the environment had to be harmonious and vibrant which is why I went with a dawn type lighting with various spot/emissive lights to accentuate some parts of the car.

Now comes the fun part, seeing all those hours of hard work coming together into the final image, hoping everything I did came out alright in the end, all the shaders, the textures, the lighting and the modeling, it all comes down to this. It’s exciting and nerve-wracking at the same time.

Having spent so much time on the lizard I decident to give it a go and do a test render, just to justify the amount of work I put into it and also test out SSS in Maxwell, for me it was a very good result. After that I went and did another render with just the car.

Being happy with how the shaders and lighting came out I went on and did the final render passes. Bringing them together in Photoshop to get the final competition image.

The entire project took around 30 days to complete in my spare time, it was a fun experience for me and I’ll gladly do it again if I get the chance. Thanks to Humster3D, Maxwell render team and all the sponsors and competitiors for making it such a fun competition. 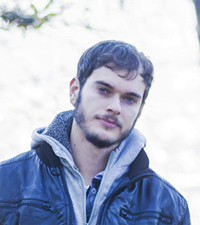 My name is Radu Teodorescu and I work in the automotive design and CG industry. I have been hooked on visual arts since I was barely able to hold a pencil in my hand, having the ability to create something is addictive but also very rewarding. My passion is not limited to a specific form of art,I sometimes switch from one art medium to another as I find it more interesting to learn new things, I prefer to be an all-rounder. 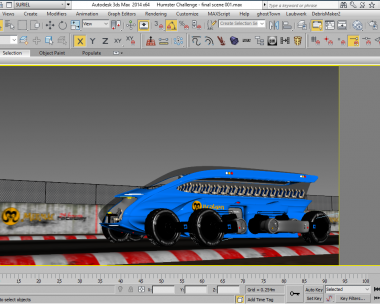 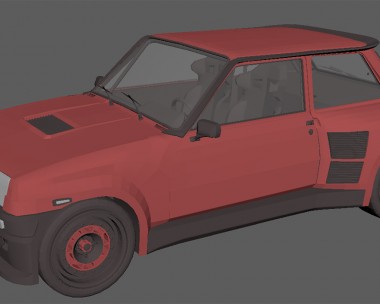 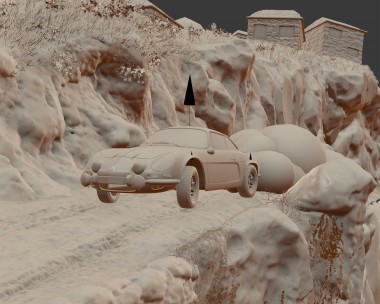