Hi, my name is Otavio Henrique Amorim Junqueira, I am Brazilian. I got a degree in graphic design; currently I’m working in CTI Renato Archer, creating animations focused on scientific dissemination. In this making-of I will show you step by step my work the “Woodcutter”, made for the Car Render Challenge by Hum3D. 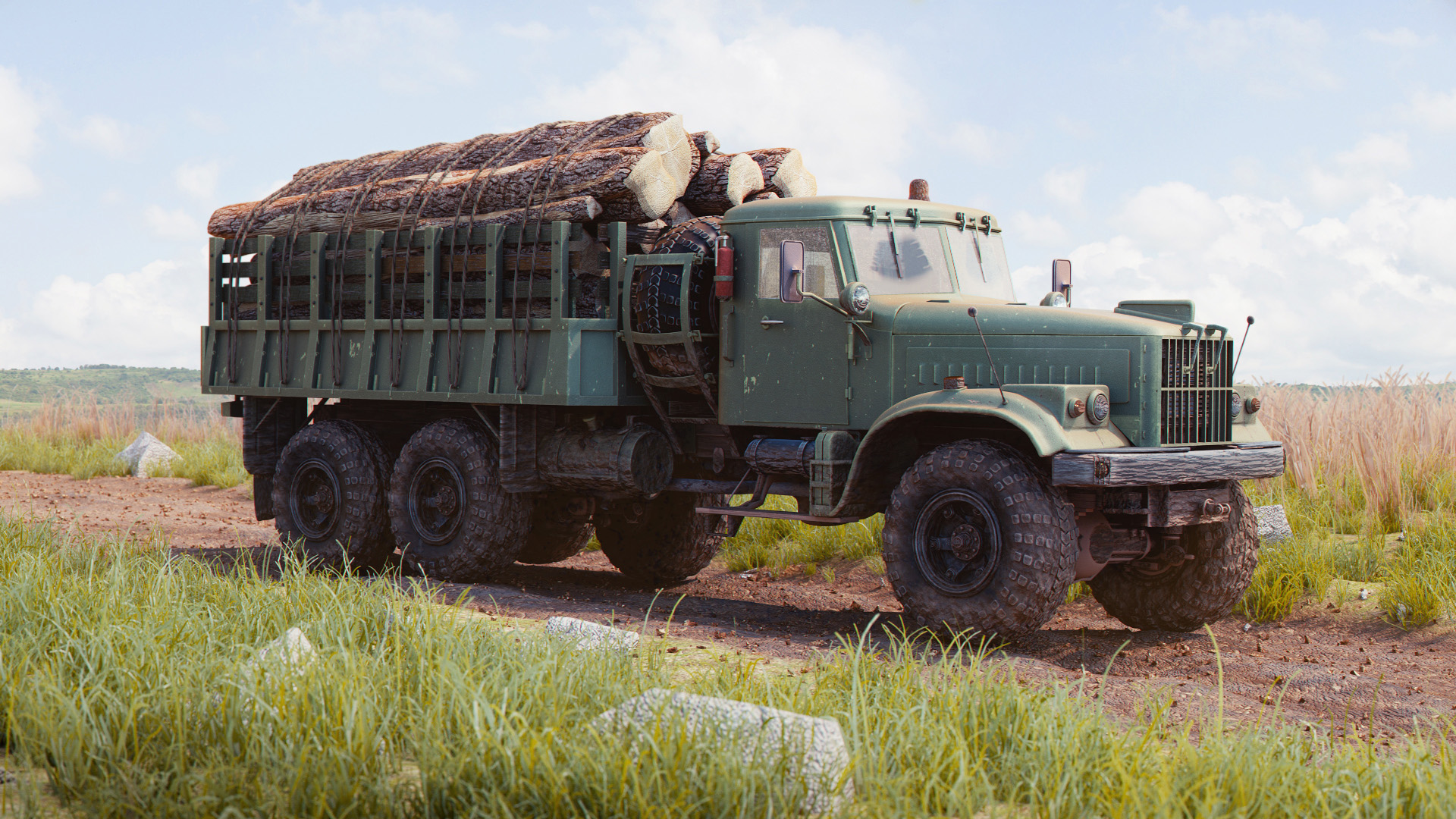 The most important part of any project that involves creating a visual piece is to determine the concept and draw some sketches. A well-settled concept saves time for modeling, creating materials and lighting. Since 3D delivery is almost always short, there are few chances to change creative line, so just determine it at the beginning and create an outline, thinking out the story and the visuals. It will leave you busy with the main point – the transformation of your idea into an image.

The key word in the “Woodcutter” project was a daily life of the vehicle, this icon of the trucks, the Kraz-255. I thought of its strength and power, but I also wanted to contrast that strength with a quiet and simple appearance. The result of the draft was the truck on a quiet road, that also represents the reality of it and travel truckers who use it for civil matters. 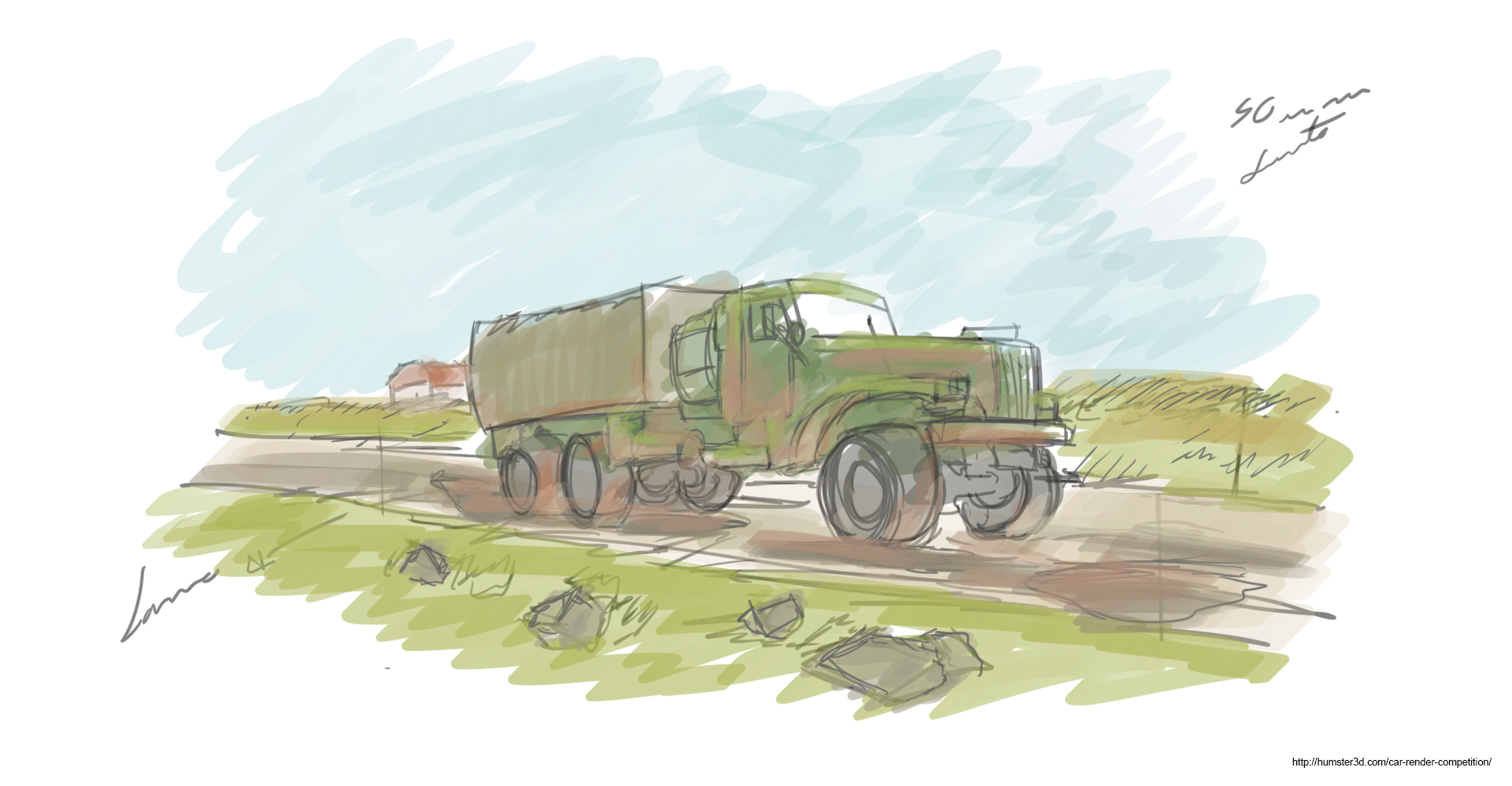 Pay attention, small details are essential for the realism of the image, sometimes modeled details turn out better than made with textures or using images. It helps to make environment more realistic, as well as dirt on the wheels and grass and stones on the road. 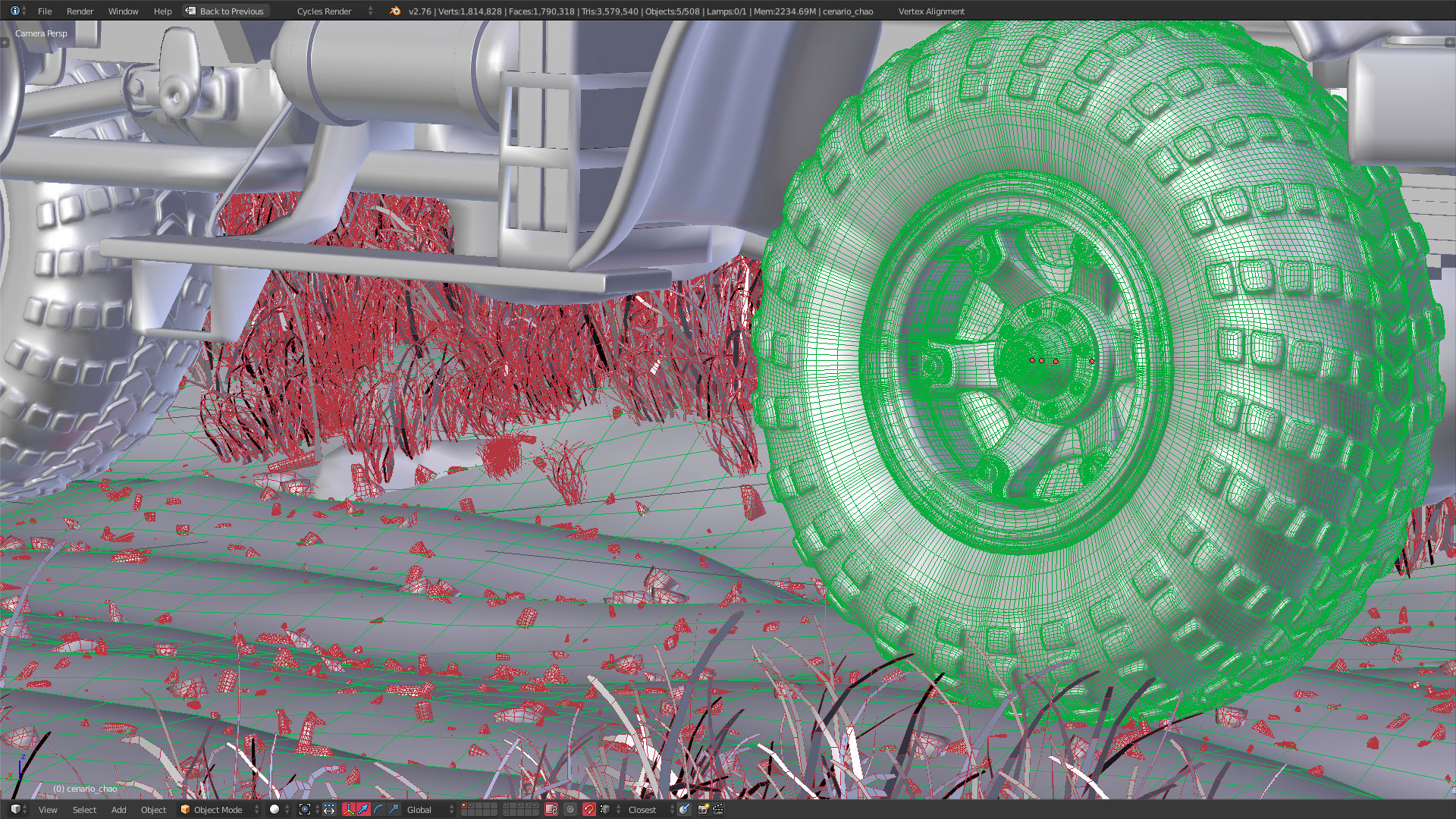 The way these objects are applied also influences the realism of the scene. To ensure ease of distribution I modeled six variations of stones and some more grass, creating a greener variation. Stones were grouped to facilitate particle distribution. Moving to the same model with a static yield was also important in this project, that’s why I changed the suspension and the axis of the truck to suit the terrain, leaving it as natural as possible. 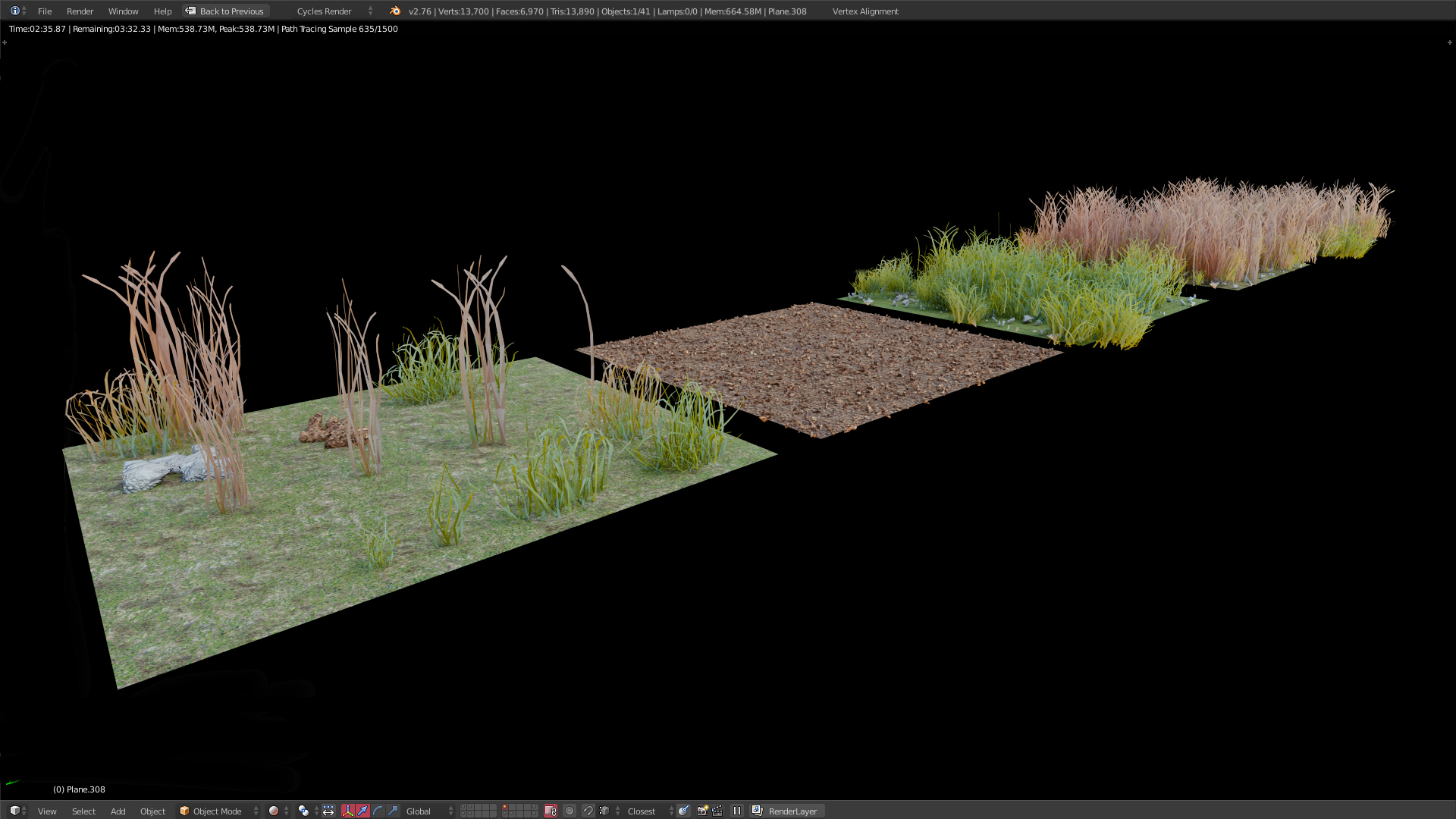 For distribution I used Blender particle system. Combining configuration seeks to maintain the natural rotation and positioning (1). To further diversify the position, I used a mask to mark the initial position and also its size, rotation and density variations (2). I used high values for particles, leaving them as natural as possible (3). 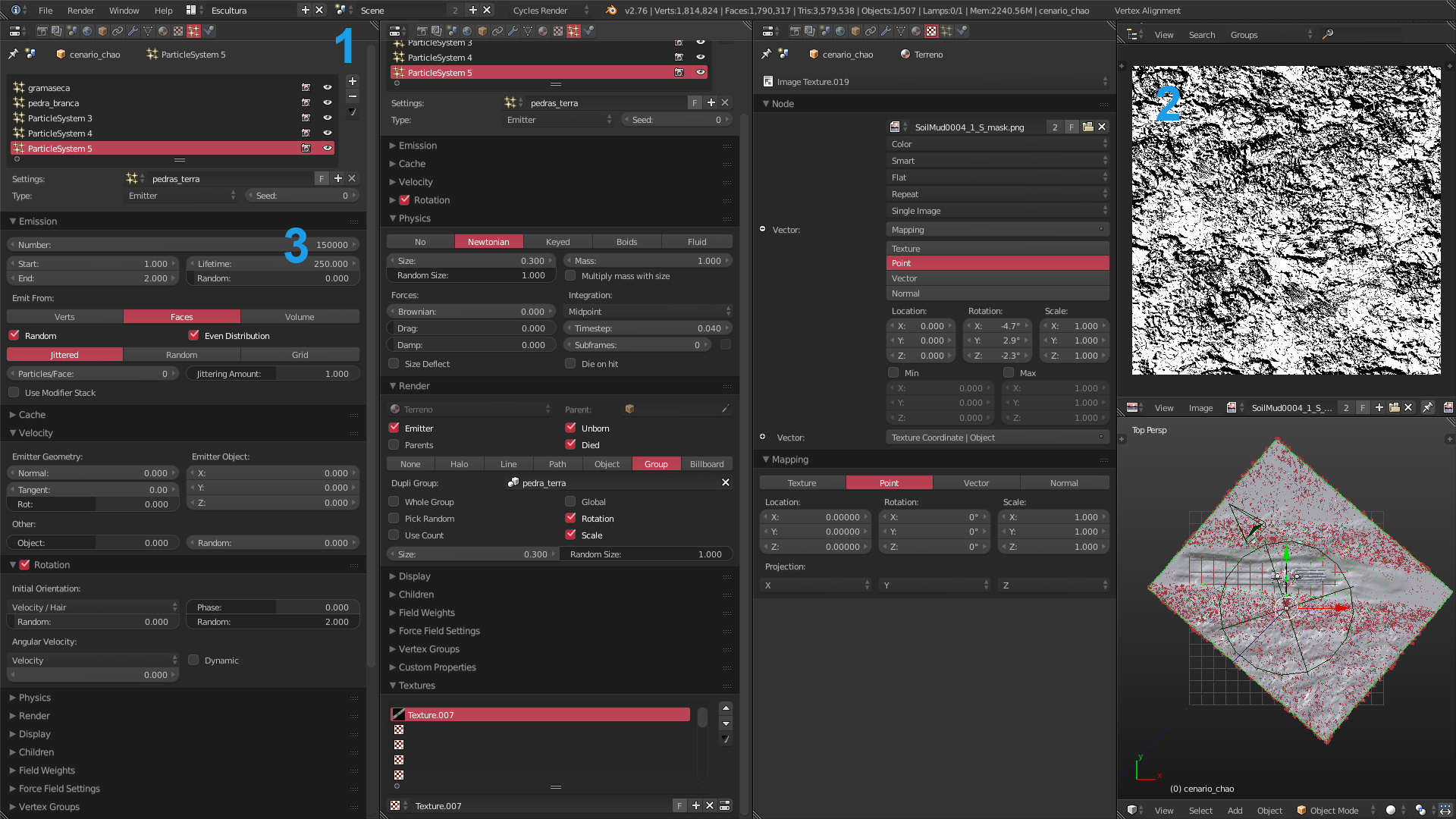 The most important part of the project was the creation of the truck materials and also the grass. My concern about the grass was to make it as natural as possible, for this I used a combination of BSDF with translucent shader, and also varied dry material and green grass. 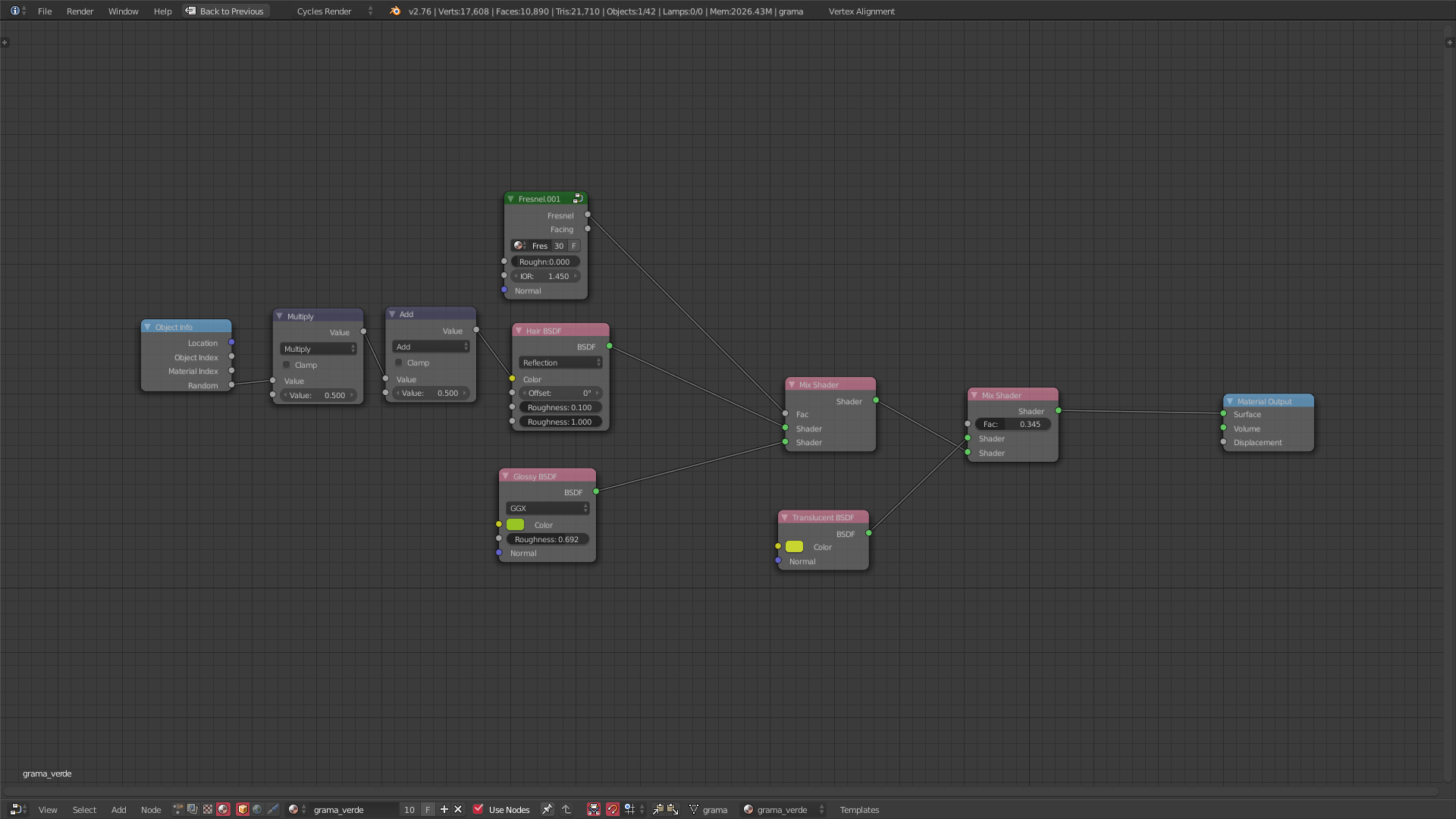 Modeling the truck the main goal was to make shader functions physically correct. Here tutorials on PBR and Cynicat Pro Blender were essential. Besides, functioning also includes small details and the thought of layer construction, adding the base (1) to the outermost equipment (3) and imperfections of friction marks, rust and dust. 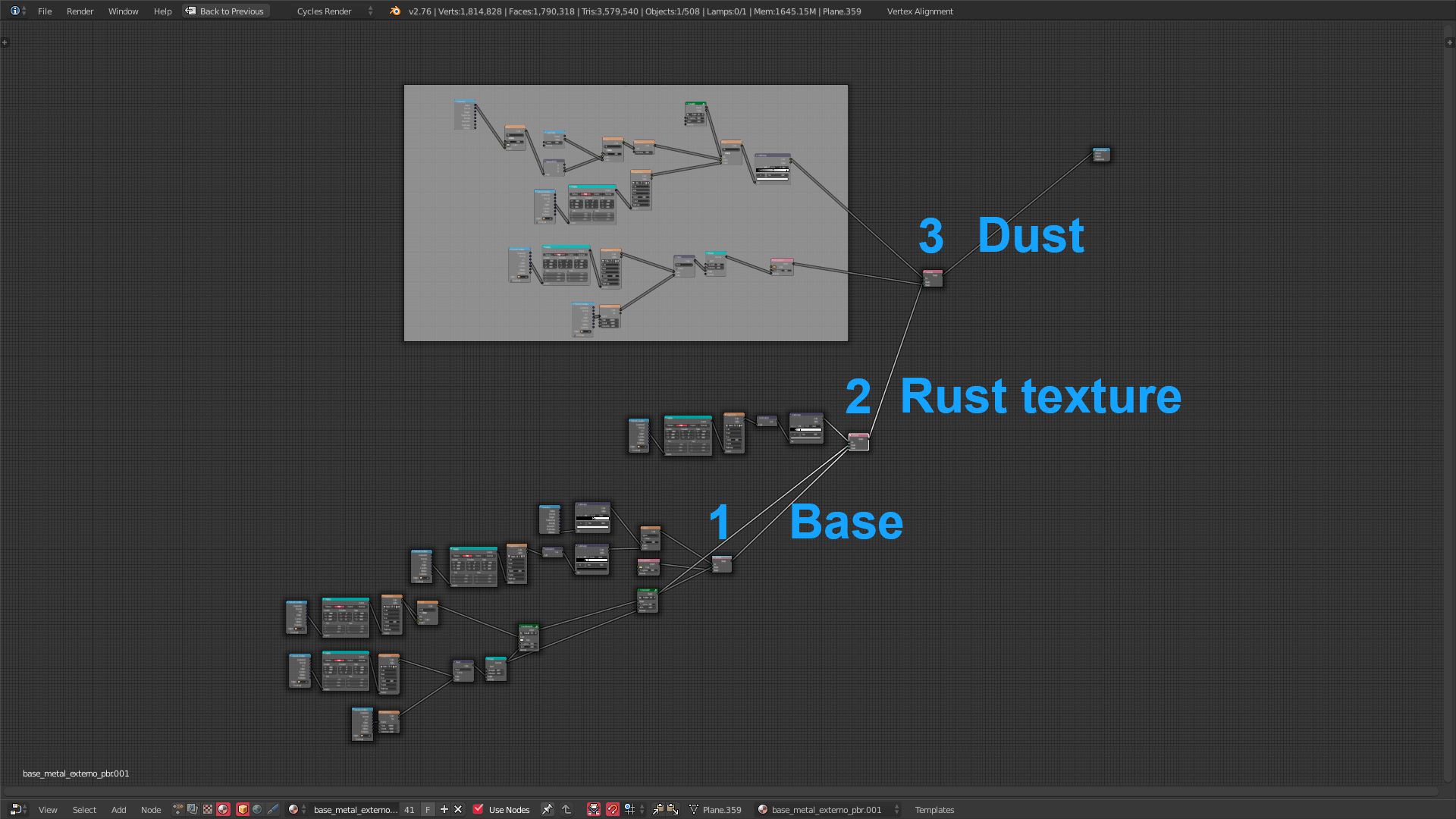 Another detail was to add dust to the truck glass. To make this I used a mask with a clean area of glass. This mask was used in the shader mix in fac, defining the area of dust performance with respect to the glass. The dust on the other parts of the truck was also made that way, mixing metal material of the truck and tires with the material that had been created from the dust. 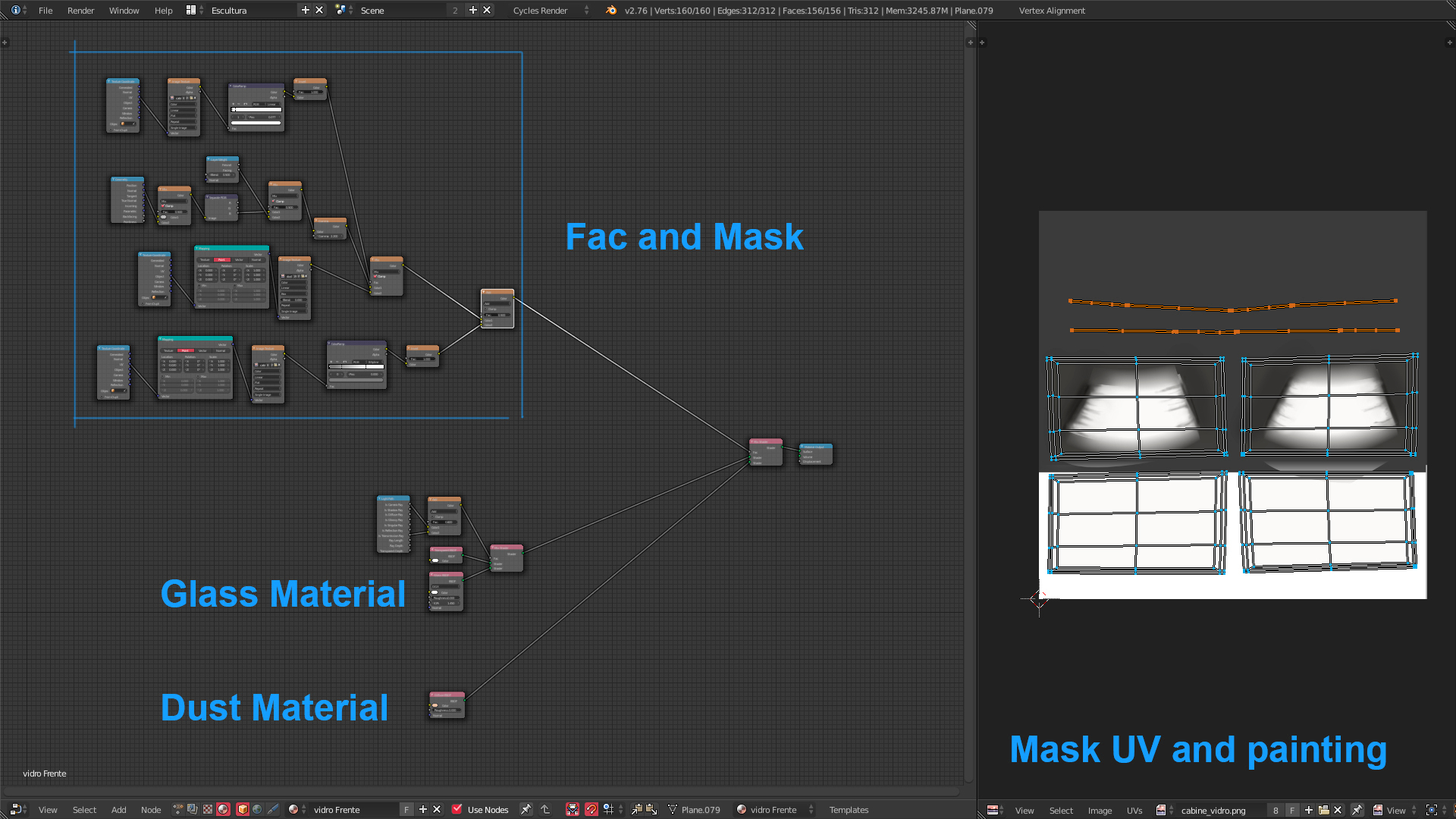 After positioning of all this elements, camera framework definition and color correction, I began the process of rendering. The scene was heavy because of the particles, but still editable.

After rendering, which took about one night, I passed on to the editing process of merging passes in Photoshop, in total I used the following passes: AO, Composite, Mist, Alpha and Shadow. 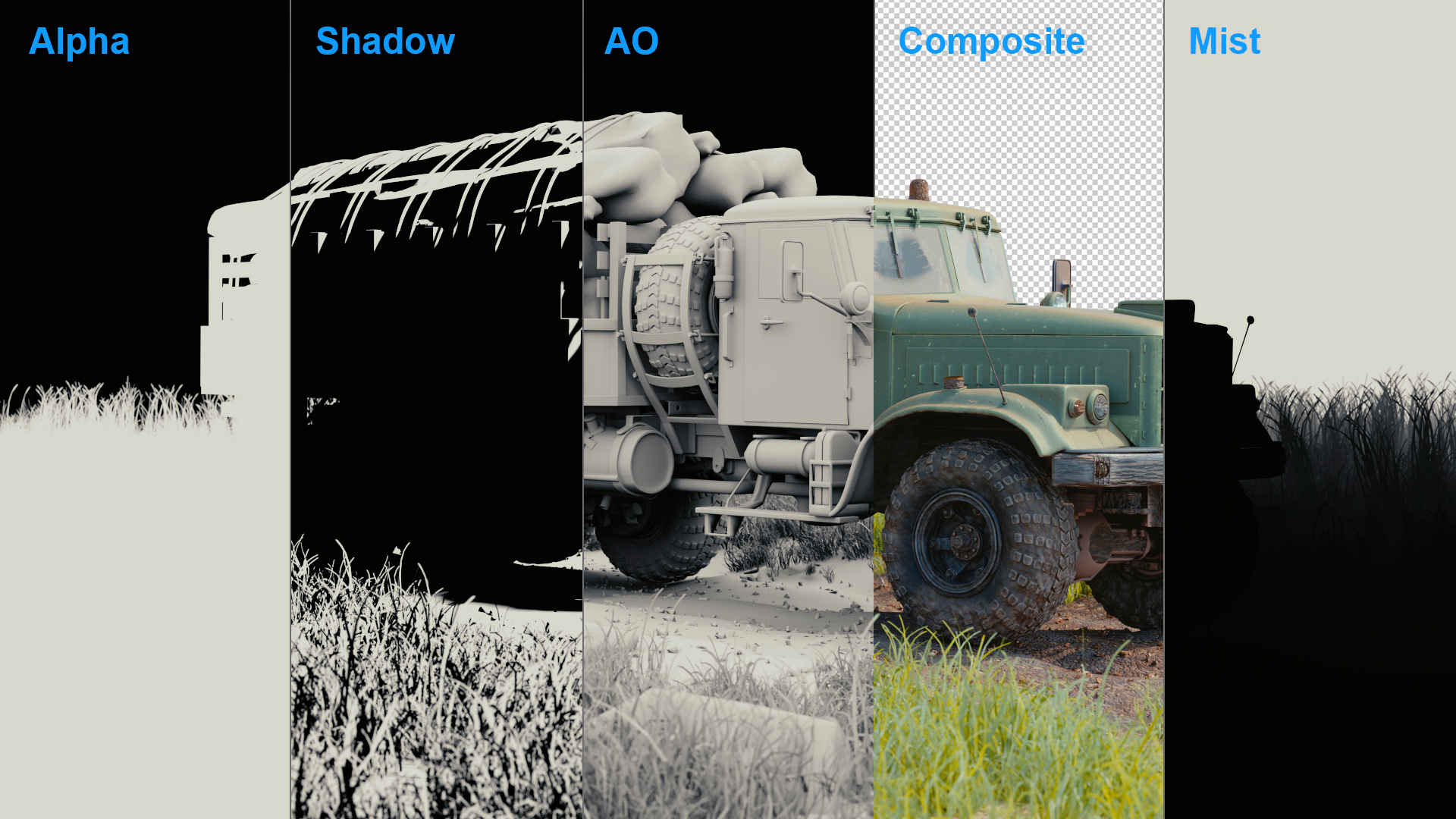 In Photoshop I added the photographic background (1). To merge the render with the photo I made the following process: after adding the bottom (2), I made the color correction (3) leaving the color as real as possible; the next step was to match the saturation and brightness for easier editing of the next steps (4). The fifth step was to add new saturation and brightness, leaving lighting noon and adding a typical fog horizon (5). The final steps were the addition of dust, shadow correction (6), applying sharpen filter to increase the details (7) and chromatic aberration (8) to make the image more realistic.

Watch the making-of the “Woodcutter”.