Time to think out loud a bit

Hello! Today I’d like to think out loud again. But we are not going to speak about computer graphics as it might seem at first. Today we will try to discuss different orientations of CG-artists. No, this won’t be a classification, this is exactly orientation. After all, the real CG-artist should be oriented to do everything! I’m not saying that he was a professional in all fields, but he or she should know to do everything. The statement turned out a little bit vague, but this is the specific of the job.

And I should be taken literally when saying that CG-artist should know to do everything! I mean this: everything! Your professional features are built up from the things you come across and experience in everyday life. If you want to become a location designer, traveling round the world will be a very good practice for you. And later we will talk about location designers.

Since we have a lot of thoughts on this topic, we can’t put all of them into one article. Therefore it will be such a series of monologues about different directions, orientations, genres, styles, peculiarities and features. Basically it will be advices how to create a good character’s setting or general concepts. In this series of monologues we will certainly talk about time-punk (steam-, cyber- etc.), post-apocalypse, fancy, fantasy, science fiction and whatever will come to mind later.

Today we are going to talk about how to create an idea to create an orc. And this approach can be applied to all categories and genres. 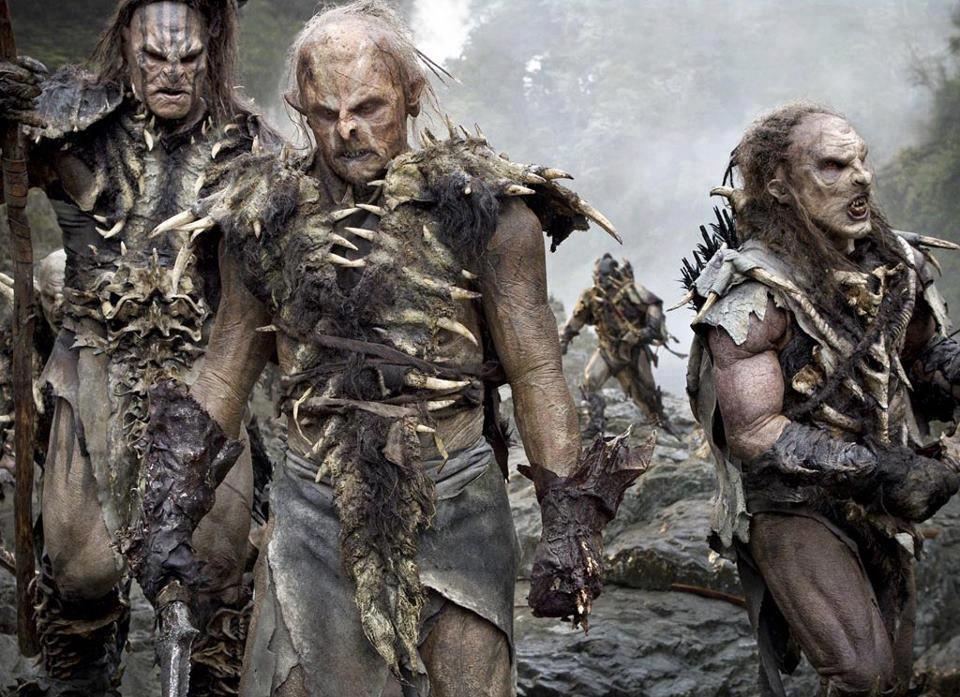 Of course, if you want to draw an orc, you don’t have to look for it in real life. :-) It will be enough for you just to read a fantasy book or watch a fantasy film. But there and then appears such problem: books and movies show us a product of imagination of another person. If we create an orc relying on a ready-made image, we run the risk of losing our individuality.

However, “an orc” is a well-fixed notion, after all. If you create an orc and it doesn’t resemble the most of orcs, nobody will guess that this is an orc. If you draw an orc with a nimbus, certainly, it will be amusing, but everyone knows that orcs are far from being angels. Because, according to our well-fixed notion, almost always they are evil creatures.

This is called a canon. Well-established and fundamental tenets. Any orc is a muscle-bound, green, clumsy, stupid and wicked humanoid. Sometimes big and sometimes small. There are also more profound and detailed canons. For example, turning to John Ronald Reuel Tolkien we can read in all his writings that orcs are afraid of light. But, appealing to Warcraft universe, there is no single mention about the fear of light. As you can see, canons differ from each other. 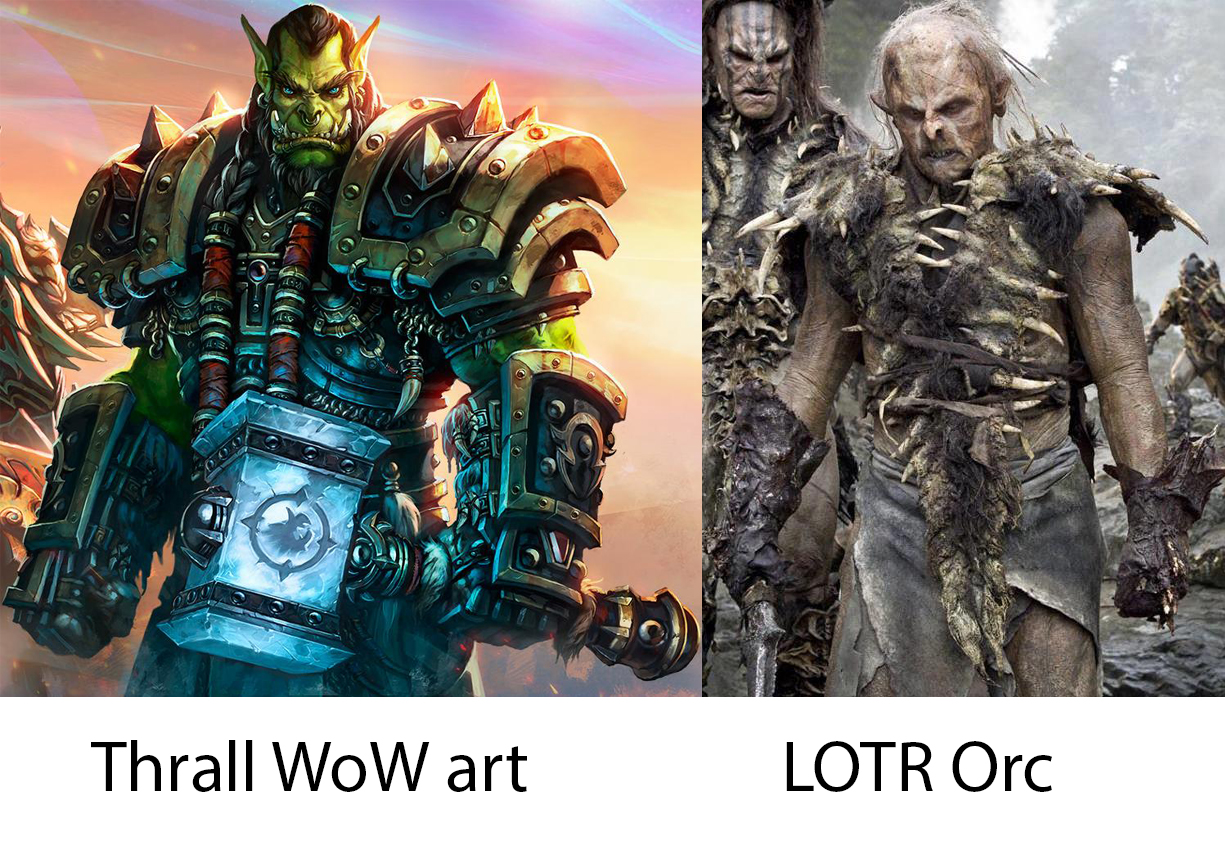 That’s what we have. We have a clear canon, ready-made orcs and our own imagination. And we should put all this together to generate in our mind the image of a unique and realistic orc. If you are going to create an orc for certain universe, you should follow the generally accepted canon of this universe. If your orc will be just an orc and it doesn’t belong to any universe – this is the most interesting thing! Create a universe of this orc yourselves! Create your own canon! It is a good approach – to destroy canons! But do not throw out the child along with the water. Your orc should remain an orc. The basic rule – everything must blend together harmoniously. 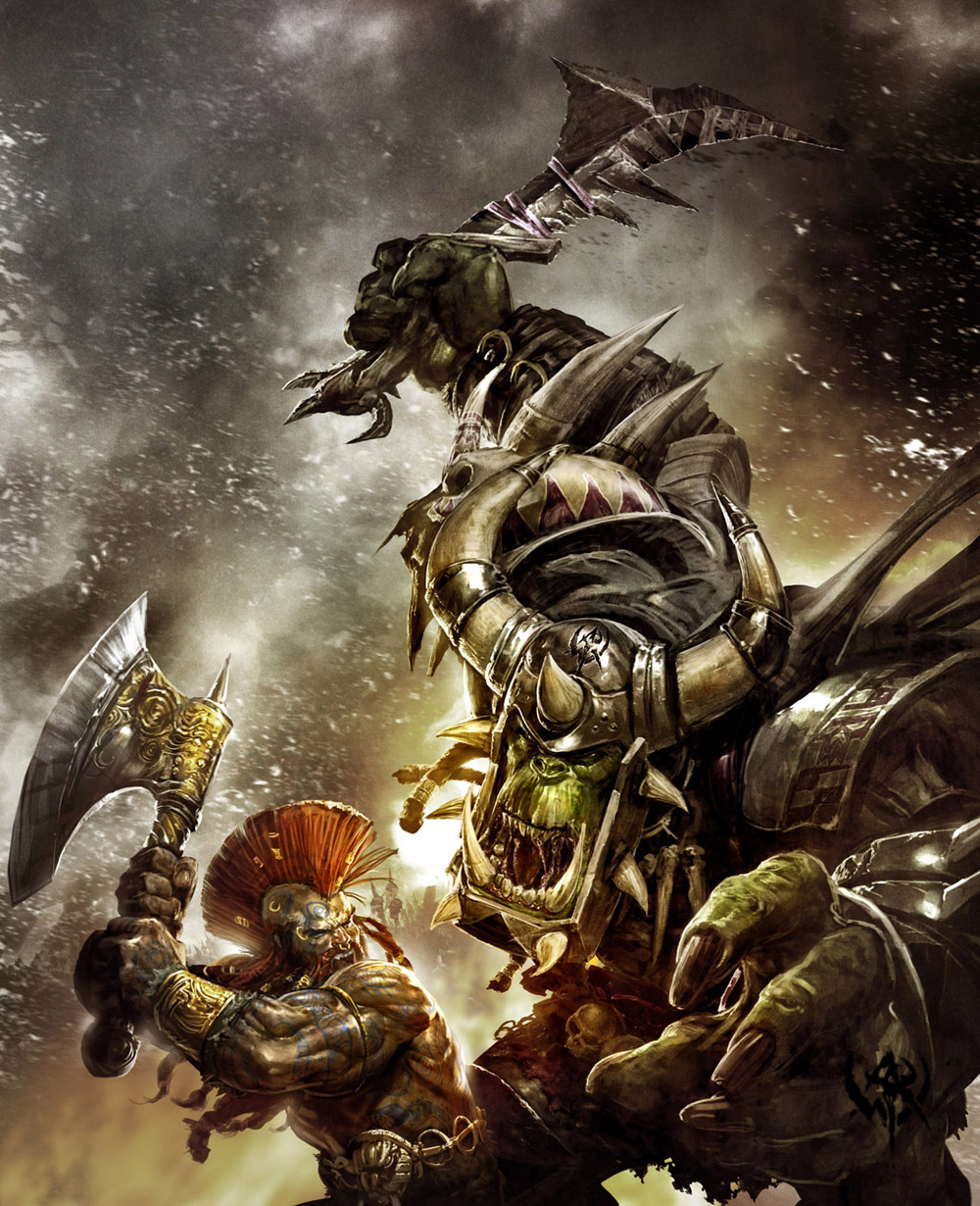 I’ve written earlier that orcs cannot have a nimbus over their heads. For your own universe this rule doesn’t work – it’s your own canon here. If you want your orc to have a nimbus, you should come up with a reason for this. For example, previously your orc killed and swallowed up an angel. The body hasn’t digested yet in the orc’s stomach while the soul of the angel will always remain inside the orc! That’s why the nimbus has appeared over the head of the orc. And what is more, it turns out now that the nimbus is an essential sign of the orc’s strength.

Once you have a clear image in your head – don’t waste your time and creative energy, draw a sketch. If you think something is missing in your sketch, you can look through the works of other artists and find the missing element for your orc. But, whatever it is, you should never copy! Try to be inspired by another orc. After some time the idea will emerge in your mind itself! 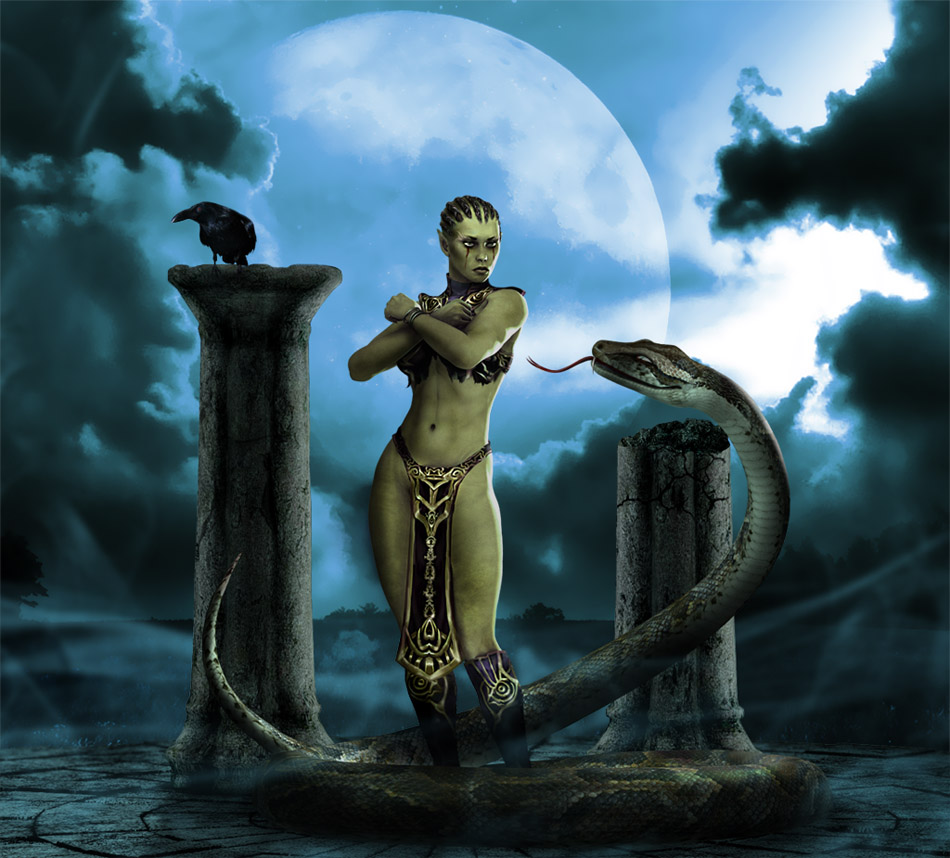 The best way to find the missing element of your orc (and not only of the orc but generally of any other character) is to insert it into its natural habitat. Then everything falls into its place at once. The habitat should be severe, because this monster could have been born only in such habitat. If your orc is a forest orc, the location around shouldn’t be just a forest, be a real primeval forest. If it is a mountain orc, the mountains around should be even more severe than those we saw in the film “300” when the young Leonid defeated the wolf. According to the law of nature the appearance of animals depends on their habitat. Therefore you shouldn’t neglect this fact. And you shouldn’t sweat over the location either. We are still creating a character, and not the location. 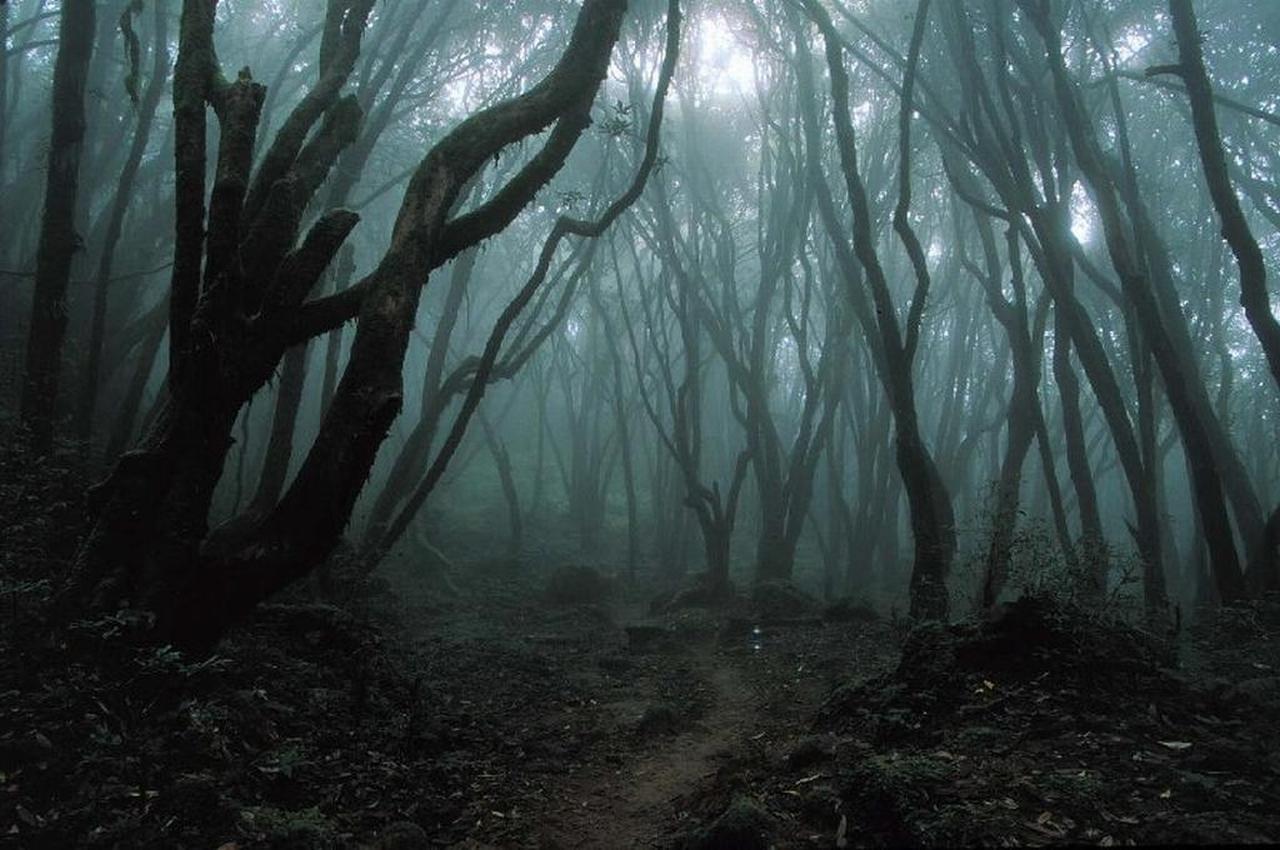 Now is the right time to think about the personality of the orc. Most likely orcs are hot-tempered and stupid. They are free from human feelings and emotions. Eating, drinking, fighting, killing and sleeping – that’s what our evil orc is interested in (of course, unless we don’t apply to the World of Warcraft). If the orc is not sleeping, it must be eating; if it is not eating, it must be destroying everything on its path. But don’t forget about the law of nature. We should invent for orcs some other activities; otherwise the nature won’t bear them. There is no need for this activity to be very sophisticated (the orc cannot do the oil painting), but some boring activity won’t fit them as well. I suggest, for example, that sometimes orcs entertain themselves throwing pebbles in the water. 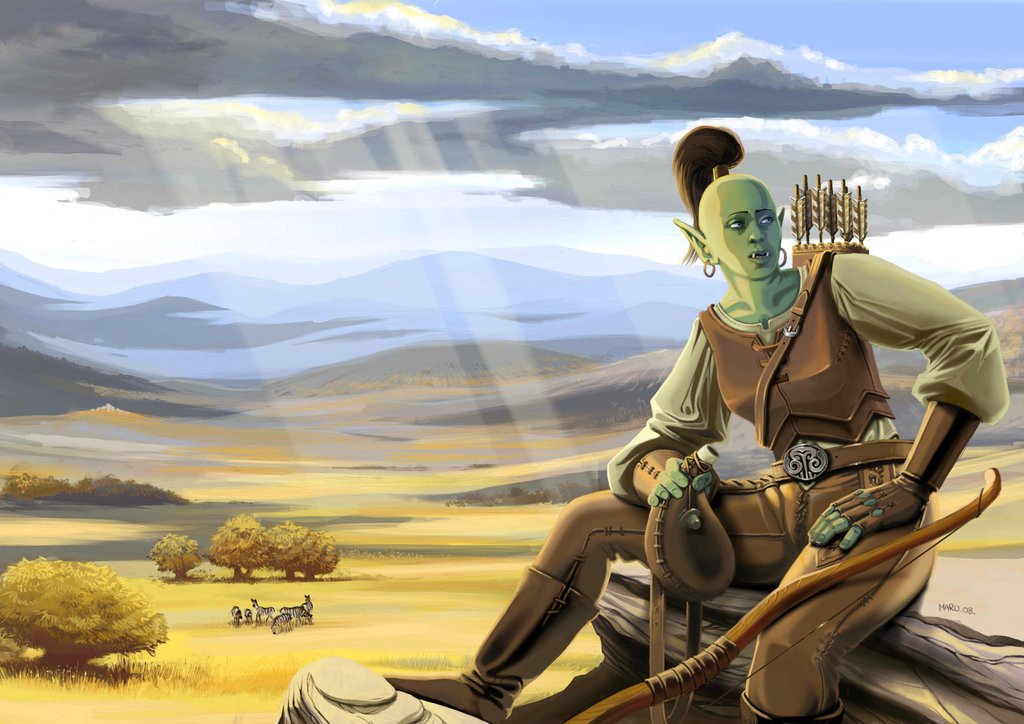 A special attention should be paid also to the orc’s equipment. It should be easy to handle and solid enough because the orc can accidentally drop it or fall asleep on it. Of course, unless your setting supposes orcs to be a high-tech developed race, who travel among galaxies. In such case you need to invent an appropriate weapon for your orc. In order to devise a suitable weapon for the orc, you should think about its enemies. This weapon is supposed to be used for hunting, entertainment, attack and protection.

A little advice: don’t try to make one single sketch. Draw an overall view first, then, little by little, draw sketches of different parts and pieces. And only after this join them all together into one final sketch. Think over it carefully – there should be no incompatible details. If the orc has a shield, its main weapon should be easy to use with one hand. 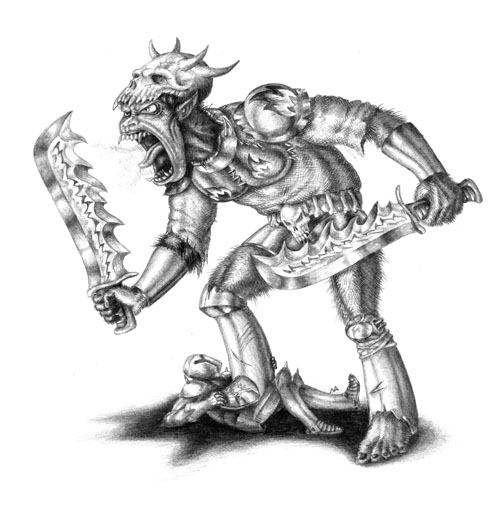 After that, you can proceed directly to the creation of the model. If you carefully thought through everything, don’t be afraid that your character will be ridiculous.

There are CG-artists, who on the face of them just take it and make it. Without any sketches. Don’t mislead yourselves. All these thoughts they generate during the work. The point is that they think over these details quickly. But it requires considerable skills. It’s very hard from the first. But if you train – then you will succeed too!

Don’t forget that it is necessary to practice to achieve success. If you failed to create a character from the first, don’t be upset. It is a long process. The important thing is not to recede from your idea. Next time we will continue our talk about forming ideas. 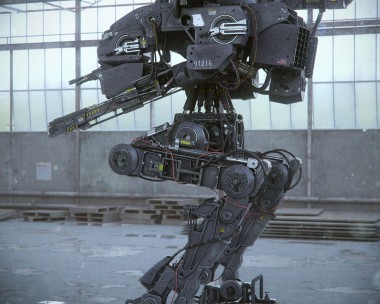 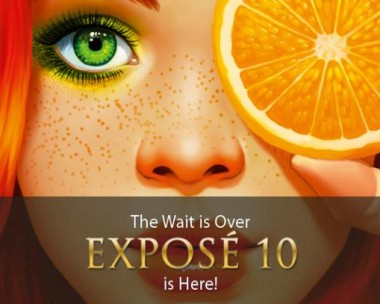