Hi everyone! We continue a series of short interviews with the best artists from Hum3D competitions.

Tyler Gibbons, the winner of the 3D Weapon Render Competition, will answer on five questions and give us a look behind the scenes of his winning entry. 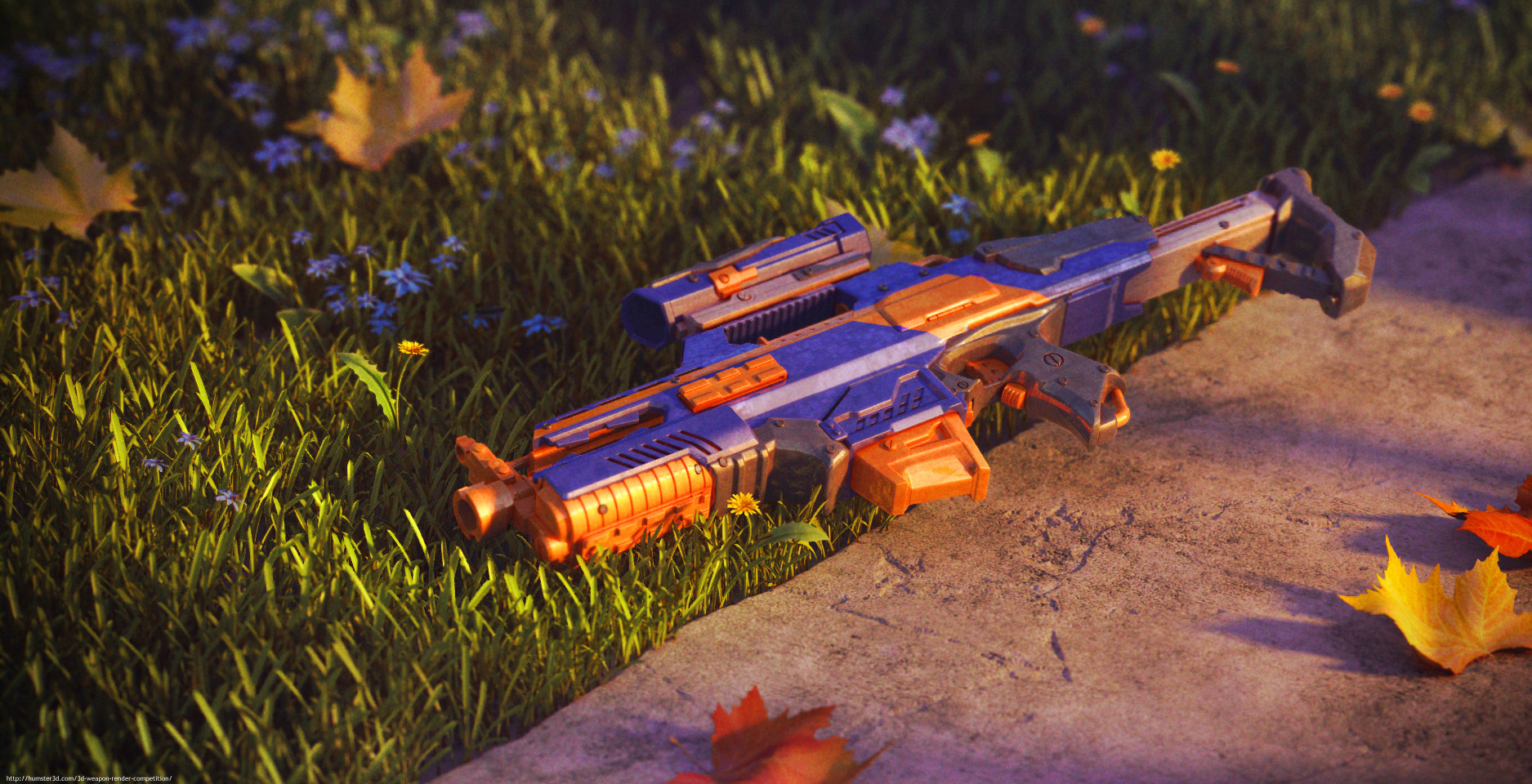 – Tell us a little bit about yourself.

My name is Tyler Gibbons, and I’ve been working as a 3D modeling and texturing artist for about 8 years. I started working as an environment artist in game development and then moved on to motion graphics and 3D animation direction for stage performance and other entertainment. Now I run my own small business where I create 3D models and animated graphics videos for clients.

– Where did you find the inspiration for your latest entry?

I’ve entered into multiple competitions at Hum3D, but my most successful was “Evening Forgetfulness,” where we see a toy gun left out in the yard as the sun sets. I was inspired by the design of Nerf guns, so I went out and bought one to see if I could model it. But I wanted to show it off in a cool way, like how it would really be used. Of course, kids forget their toys outside all the time, so I decided to make a very peaceful image of something friendly and non-violent, which I felt was a relaxing contrast from the kind of images a weapon competition would generally attract.

– Could you please show us any additional images from the work process with a short description.

Sure! I’ve attached a few images from the Making Of “Evening Forgetfulness.” The first one shows the finished model with all the parts colored to show how many pieces it took to model everything. (If I was building it now, I would have split it into even more pieces to keep the models more simple).

The next image shows the crude sketch I made to lay out how I wanted the composition to flow, and to note some of the colors and where the most basic things would be laid out in the final render. 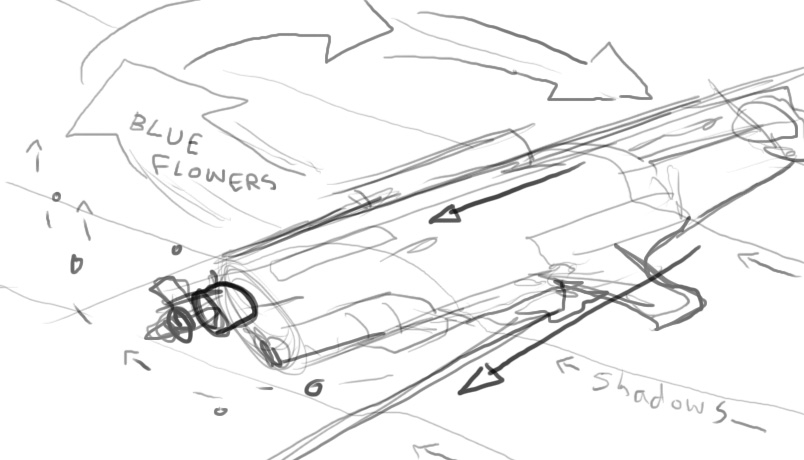 Lastly, there’s a picture showing the entire scene and how the tree shadows were all just faked from cylinders and leaf texture cards. 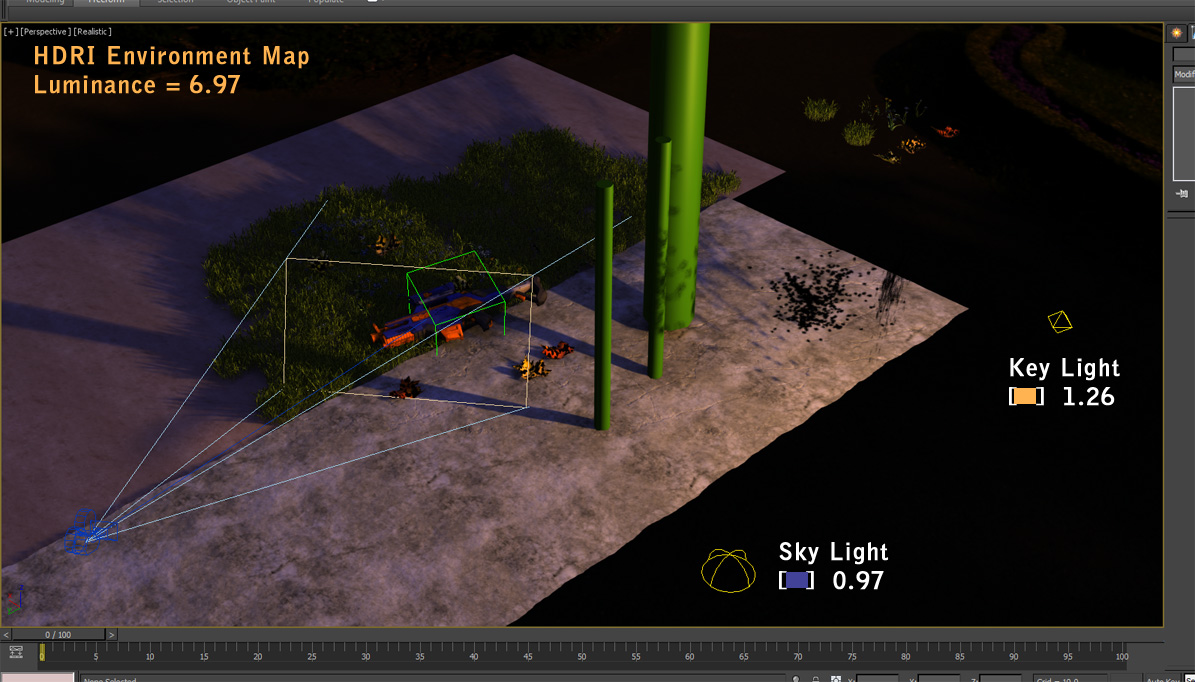 – Could you please share more of your works? Which one is your favorite and why?

Oh, this is exciting! I competed in another competition at Hum3D where we created our favorite video game characters. I spent months and almost a hundred hours making one of my favorite pieces of art. I was really pumped and I was confident I might have a chance at winning the competition, so I was totally crushed when it didn’t even get included as an honorable mention. I think it may have been disqualified because I didn’t post my Work-in-Progress, but I just wanted people to see my artwork. So now’s my chance! It was an image of Captain Falcon called Next Race: Mute City. 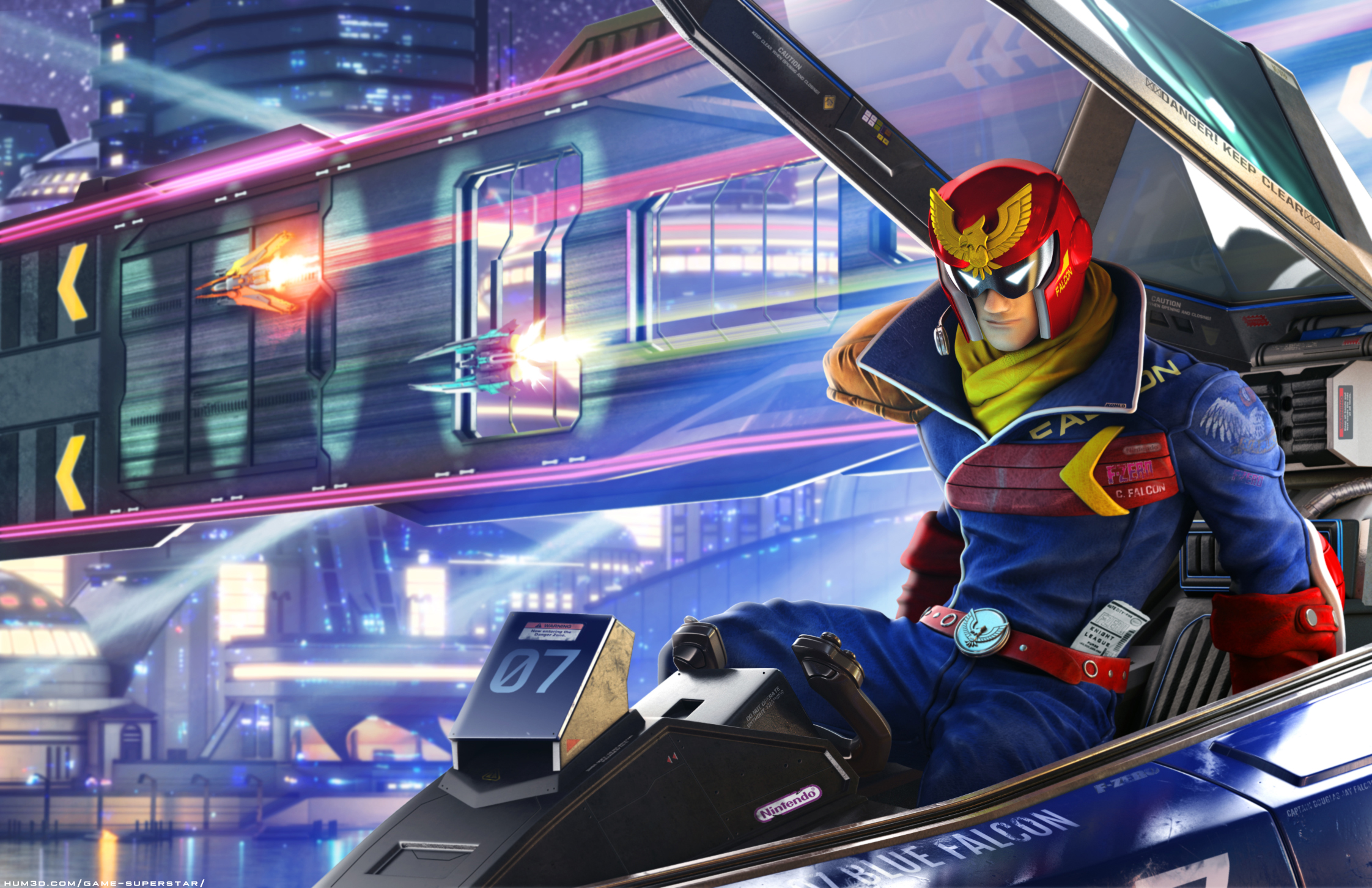 It’s my favorite not only because it’s been one of the projects I’ve had the most time to dive into, but also because I had the chance to just geek out and swim around for a while in all the old nostalgia and ideas from all the F-Zero games I played growing up, and I pulled design elements from the comic strip in the F-Zero manual for SNES and also from pieces of F-Zero X and GX, which are still some of my favorite video games of all time.