The SAAB Viggen was the Swedish Airforce jet fighter for over a decade and has been retired since the late 90's. The Men who flew them were called the Ghost Squadron.

The SAAB Sonett was a 2 seater sports car that ran for about a decade and has been retired since the 70's.

The car in my image is an attempt to honor and revive both heritages with a modern interpretation. Called the SAAB SV it is based on the Corvette C7 chassis with Styling done by a very talented Designer, Yuri Baskakov, the Surface Modeling and Visualization done by me.

Because I spent so much time on the Surface modeling, converting to Mesh and UV mapping my Environment is lacking. I hope you can see past this as it is my first ever attempt a rendering contest. 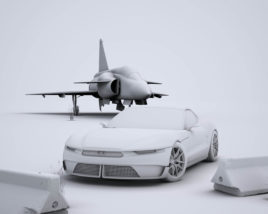 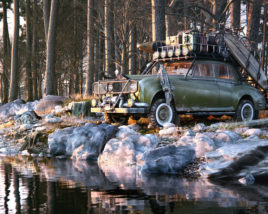 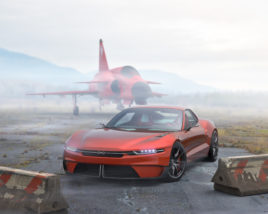 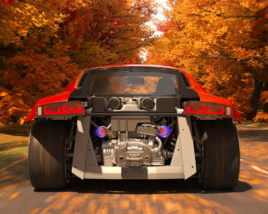