“A gifted driver evades another airstrike from the Vanguard airship, putting him one step closer to becoming the world’s greatest rally champion at the Atlas Rally Series.”

The gifted driver, ‘Stig’, is Earth’s most skilled, fastest and bravest driver. He is en-route to becoming the greatest rally champion of all time by finishing first at the Atlas Rally Series, held far beyond the familiar soils of the home. The safety of the finish line is in sight as he dodges another airstrike from the airship during the final stage of the race. The prize to win is the greatest honor any driver could achieve. Their legacy hinges on this one race, as most do not even get this far. Only one driver in the entire galaxy can take home the victory. It’s number one, or nothing at all. History is not kind to any other placement.

With this in mind – I hope my artwork has created a sense of hustle and captures the intensity of racing and displays my love for automobiles. 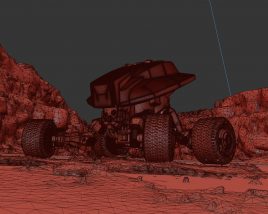 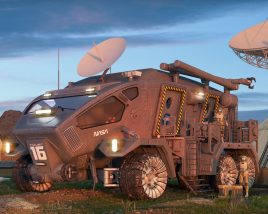 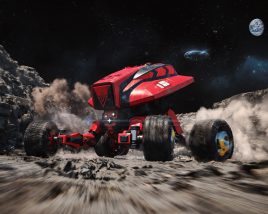 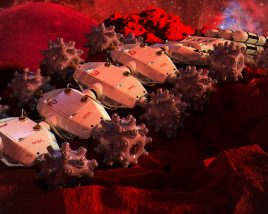