I recently got to know about the Brazilian F1 driver 'Ayrton Senna' and I quickly got very interested in his character. He has a quite memorable personality and in this piece, I have tried to illustrate an event a lot of people might remember him for. Please note, that this render is only based on the event and that I gave myself some artistic freedom to better communicate the story to the viewer.

In 1992 on the challenging F1 circuit "Spa Francorchamps" in Belgium, the Frenchman 'Erik Comas' ended up in a terrifying situation. Comas had a crash, where his car got some tough hits and Comas was knocked unconsious, still holding down the throttle. As the engine was roaring at high RPMs, while more and more fuel was pumped into the damaged system, the situation could easily have resulted in an explosion. As Senna was passing him shortly after the crash he stops his car in the middle of the lap and rushes to Comas' car to cut off the engine. Comas believes Senna saved his life that day.

This story had a great impact on me and it shows what the life behind the helmet is like. - How much of a connection the drivers have - teammates and opponents alike. 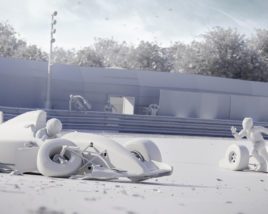 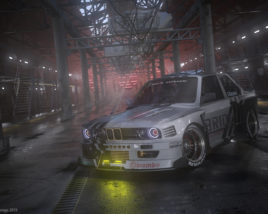 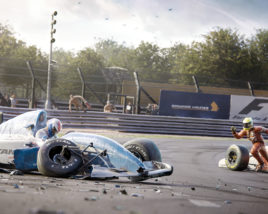 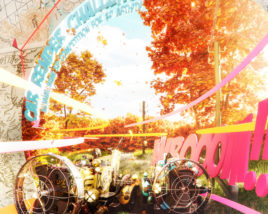