It begins with a song by the famous DJ Ultrasonic Wave which became a global success.

At the beginning, nothing anormal except the hysteria caused by this song.

Later, abnormal behaviors appears…At first in the concerts of the famous DJ, then all around the world where is broadcast the song.

In front of the global incomprehension, a scientist team study the phenomenon. They discovered that the song emits an ultrasound audible only by the teenagers. This sound causes on this teenagers a state of hysteria and of a intense fury. But too late, the widely broadcasted song caused devastation of the youth worldwide.

To face, adults begin to get organized, to patrol in their area and to protect their houses. Like Sam, Vietnam war’s veteran, handyman, happy trigger. Injured at the war, he always moves in his electric scooter. He transformed it like a real war machine. After years, he find a way to invert the transformation of the youth with a sound that he made with his softwares and that he broadcasts with his magaphone.

Since this day, he crosses the country and he tries to stem the disease. 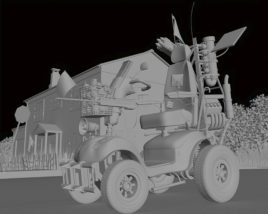 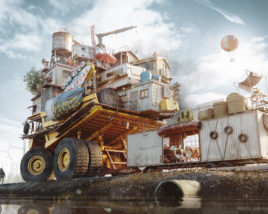 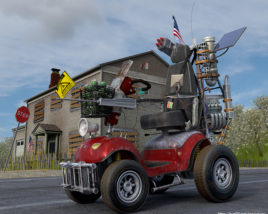 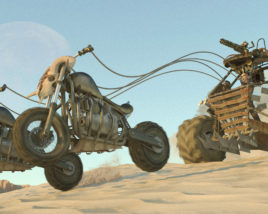