Ren belongs to the planet "Farraniws" located in the galaxy Phobos 200,000 light years from the Milky Way.

70 years before the setling of "Octimus" in Snake planet, located in the same galaxy, the planet "Farraniws" had developed new technologies that allow them to travel through time and longer distances (Lightspeed 300.000km / s ) in order to explore new worlds, finding new resources and possibly a new way of life.

The planet Farraniws is a cold place but, at the same time warm. It has 2 moons and a sun, which is 320.735.300km away, allowing a temperate environment. During the day, the atmosphere is able of reaching 15 ° C temperature, during the night reaches a minimum of -8 ° C.

The balloon is divided mostly large oceans, frozen surface despite low temperatures and long nights on the planet. Also stresses aquatic life, particularly the species "Newt", nocturnal creatures that only come to the surface during the day, when temperatures below 5 ° C since their body is not able to withstand higher degrees.

Ren is a salamander with great enthusiasm and sense of humor, he loves teamwork but at the same time, enjoys being alone during his research because it has the ability to think better.

Lately, he and his crew have been searching for new materials and tools to support their future voyages of exploration, which obtains large amounts of resources.

The nearest planet and the largest discovered so far, is known as "Phire" the red planet. It has 2 moons and occupies a place closer to the sun, with 286,365,000 Km away, reaching temperatures from -2 ° C at night and 25 during the day.

It’s characterized as a desert and very hot place, composed of small oasis with beautiful and shining blossoms along its big lands.

For their trip, the “Newt” were equipped with space suits that allows them to keep their bodies safe from high temperatures and thus survive them.

During arrival at the red planet, Ren decides to investigate individually the red oasis in search of new resources. 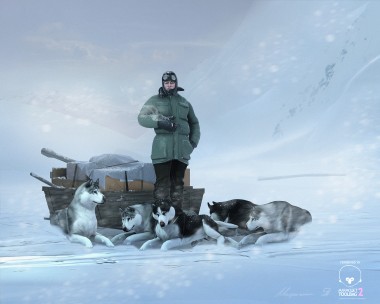 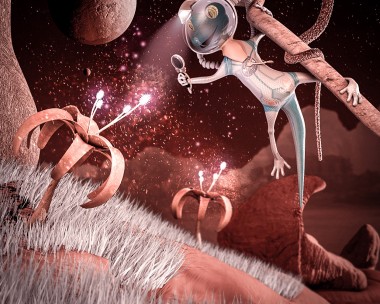