We began with concepts of big wheels and a big distance beneath the undercarriage for driving over boulders in places where roads fear to go. An area for storage of gear, or to sleep in if necessary. We'd use an electric motor design, and did rough sketch of disc brakes and shock absorbers.

Returned to normal steering wheel. Colored all the parts. Shortened the design for the Hers & His versions. Made garage, and put both in garage set. Lit with seven lamps. Fiction story continued: The night of the Thanksgiving holiday with the motor vehicles in the garage, peace and quiet permeated the rafters. It was a quiet night until 3 a.m. when robots emerged from various places and began partying. Paranormal activity was excessive in the garage and in the house. The people occupants were paralyzed in hell dreams, tuck in between blankets on the bed. The partying raged on for two hours, and then the weary robots began to return to the normal occupations, pretending to be the refrigerator, the washer, the dryer, the computer and the TV. The motor vehicles slept in the garage, thenkful to not be out on the streets. The morning dawn appeared at the horizon, and became a spectacular show of splendors. Birds watched the show appreciatively. 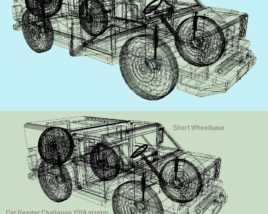 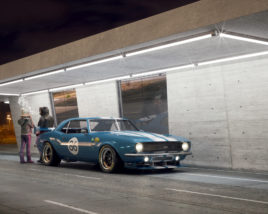 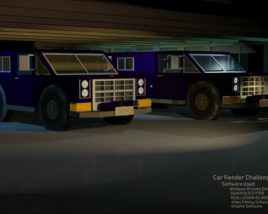 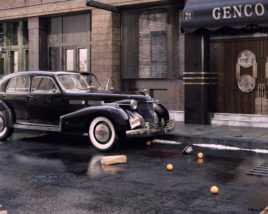