My purpose is to always produce a photorealistic renderer. I chose the MG 42 machine gun because it was an exceptional weapon in World War II. The German soldier used it on all war fronts. The weapon has the highest possible cadence for single-barreled weapons , which ranged from 1200 to 1500 strokes per minute.Is a 7.92×57mm Mauser general-purpose machine gun. 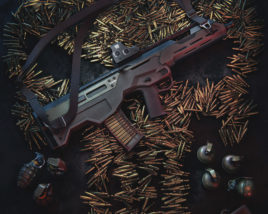 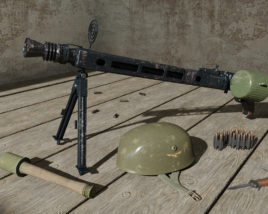 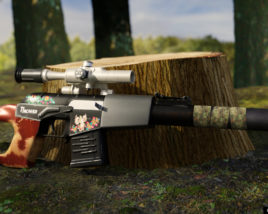