Exterior. The sleeping area of the city. Arch of the bridge. (Four o’clock in the morning).

2.General frame, slow shot: there is a car parked right in front od us. In this very moment the lights light up (the doors are opened remotely). The weak sunrise reflects on the fenders and doors of the car. Behind the car there is a metal bridge with an obscure architecture. The contour of the pavement is unclear. Gradual change of sound: sewage murmur. Increased electrical hum-pulsation, emanating from a street lamp.

3. General frame: street lamp hum-pulsation. Slowly, but confidently, a flying machine of enormous size emerge from the depths of the street. Gradual change of sound: the mechanical hum-pulsation increases upon approaching of the object. The object moves along the street following the strict flight trajectory.

Ттх: drone visual patrolling. (DVP model 250317 «SREZ») Control type: it is controlled by the operator from a control point. Weight: to 25 kg. Owner: police department of the city.

4. General frame: The mechanical roar is amplified and supplemented by a pulsating crackle. The drone approaches slowly. One can have a closer look at it. Black casing, dim navigation and parking lights, a dusty emblem of the police department, a huge camera of a circular view. The camera during the movement of the aircraft creates a yaw effect on the horizon, moving from left to right and back.

4а. C/U, approaching:. The camera glass is clearly vivid. It has a fringing of a set of LEDs and a glowing red glow (angle eye).

This is an infra-red emitter, complex of – optical-electronic suppression complex. Change of sound: the camera movement s of the drone are accompanied by a muffled buzz of the eclectic drive.

5. General frame, slow shot: mechanical roar with pulsation and crackling accompanies drone flight. The drone performs its primary task – patrolling the streets of the city at nights. At this very moment, the camera lens stops at a parked car. The green LED lights up (video recording is in progress). Despite the traffic in the specified direction, the camera continues to focus on the selected target for inspection with the elements of the camera lens and the diaphragm work circulated. Upon inspection completion of the car, «SREZ» continues its flight.

5а. General frame:. Drone disappears. Gradual change of sound: silence, a faint rumble of traffic of vehicles and a murmur of sewage. The sun is still low. 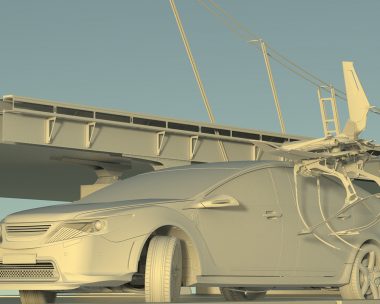 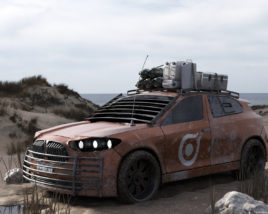 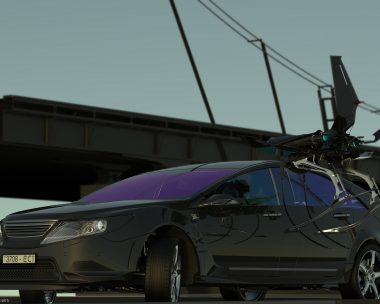 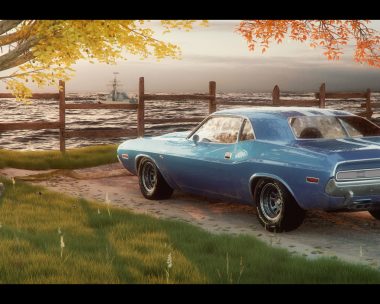