Year 2050, a world dictated by big corporations and a rising radical eco-politics movement, dividing the world in two regions New-Britain and Asia. Times where only the top of society and families with a racing legacy can afford old classic race cars like this one: the Lancia Stratos 2025, known as “Stratus”.

This Lancia is a one-off mutation-remake of the 2010 new Lancia Stratos, part-developed by Hanka robotics and based on a Ferrari chassis. It’s the culmination of a 20-year dream, turned into reality by Stratos enthusiast Chris Hrabalek and Michael Stoschek.

Just 10 of this limited edition are spread throughout New-Britian, rare and experimental winning vehicles, powered by the last generation Ferrari v12 hybrid-engine, a successful racer during the 2030s and early 2040s. The mid-engined, rear-wheel-drive supercar, codenamed c25, was actually conceived alongside the development of the Ferrari Dino 20s edition and promisesd to encompass the very best of Hanka’s technology. 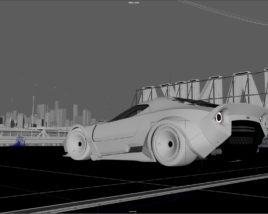 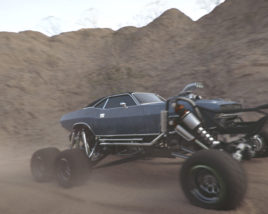 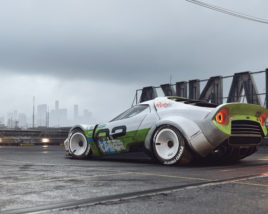 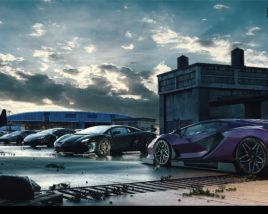