Several decades since the world became aware of global warming, the temperature has risen to unprecedented heights and the climate on Earth has made the land uninhabitable. Natural vegetation and wildlife started to die out and humans had to descend deep below Earth’s surface in the desperate hope of surviving.

In these extreme conditions, the gap between the poor and the rich grew beyond repair. The lack of food led the rich and powerful to take advantage of the lower-classes, forcing them to search for any remaining food and to find canals and natural tunnels that would serve as refuge from the spreading drought. Most of those sent to scour the land did not survive the journey. Slowly, the oppressed gathered to form a resistance, united to fight for their most precious resource- the last, remaining livable canals on Earth.

The “Land Conqueror” is the ultimate vehicle that has built-in protection against the scorching heat that prevails on the Earth’s surface. Designed to drive in some of the harshest conditions with smooth operability when driving through tunnels, this rugged vehicle is equipped to dig deep under the Earth’s surface. Due to the limited available resources, the “Land Conqueror” must be efficient and effective with its energy use and consumption and therefore runs on bio-fuels based off of food scraps and natural waste. 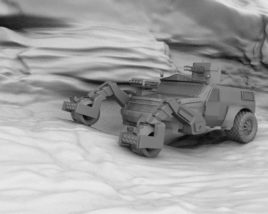 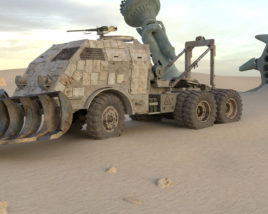 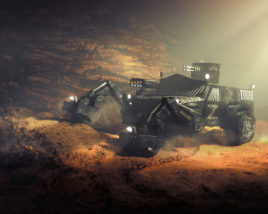 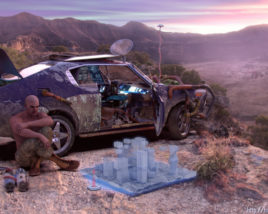