The air is thick with the cloud of ash. A once pristine home is now a husk of what it was, everything has been dilapidated by time it's self. A distant rumble shakes the house and the ashes on the rafters shaken loose, float down to the to the sticky, crimson floor. As the ground continues to shake, a single shot rings out through the house, and into the surrounding area. An alluring call.

The gun amidst the decay, surrounded by the toxic wasteland, the gun still exceptionally pristine for the state of the house. It glows a soft blue, creating a soothing sensation despite the madness and disarray. The shaking stops for a moment. As the shaking stops, there is an eerie silence in the air that is almost blissful. The silence broken, an ear-shattering roar can be heard in the distance, breaking whats left of any glass items in the house, and heavy footsteps approach house.

The beast looms over the house, part of the beast's foot crushing down into the kitchen and laundry room as it peers through the massive holes in the roof, and the beast sees it. A broken down gun that seems to have no color to it. A massive blast rings through the decayed house. The beast rears back from the house and roars horribly in agony as blood rains from its eye. The beast retreats and the gun, now glowing a soft red and pristine again after being splattered with blood ushers in the blessed calm once again. Everything was still, still and. 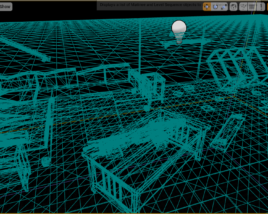 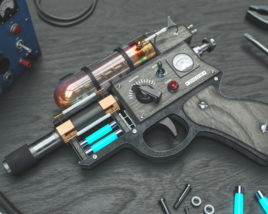 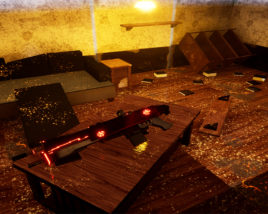 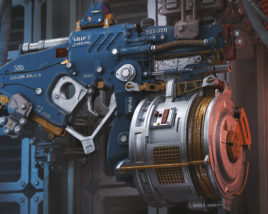