To the future, from the past now

I thank hum3d for the opportunity to show my work Its an abandoned warehouse district where an 1965 toyota fj40 stands in a photo session, its retromodded with new parts to modernize its systems, yet retains the emblems of its classic heritage.

I want to give back luster and the glory of all working horses to forgotten vehicles, nor classics nor supercars.

This land cruiser I modeled during a pretty dark time in my life, I felt that I had everything and nothing at the same time, pouring my effort in something that seems so futile and finite to itself means little to nobody And yet this is what will remain of me as my mark Now I wanted to represent the rising industrial power of the early 60s in all the industrialized world and how we were proposed by our shear will, without any specialized knowledge into an era of growth, abundance and miracles at every corner. Its also just to declare the decadence of such ideals and how now, we merely live in cynicism and delve in the ideals and treat as just as egoistically and superficial.

But we must remember that that era was full of man, a world left to see, marvels hidden in the farthest corners of the earth.

Believe that one day, our endeavoring minds will re awaken, maybe in this world, maybe elsewhere, in a new place where matter doesn’t exist. Also, we must rediscover the enchantment that we had with the world, with the future, with ourselves Like this fj40, coming from the past, somewhat misshapen by its past glories and horrors, it must now move forward, for it cannot do else, but wonder to the future. 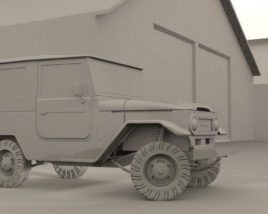 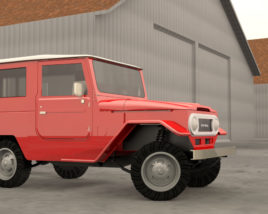 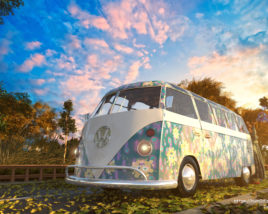