The Walt Disney Concert Hall stands as a cultural monument to Walt’s passion for music and the culture of Los Angeles. Disney may be famous for his company’s animations but he understood how vital a role music played to his success. Walt’s wife Lillian donated $50 million in 1987 to initialize construction of the concert hall as a memorial to her late husband.

The building was designed by the legendary Architect Frank Gerhy who’s also known for buildings like the Museum of Popular Culture in Seattle and the Guggenheim Museum in Bilbao, Spain. To achieve a metal clad wave like appearance Gerhy utilized computer aided 3D design which was in it’s infancy at the time of construction and allowed the building to take on the fluid shapes that before then would have been impossible to manufacture. 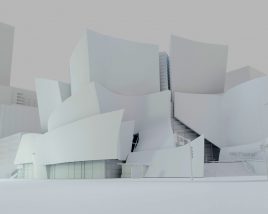 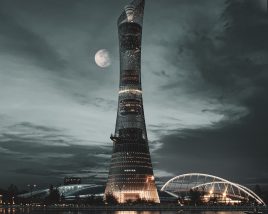 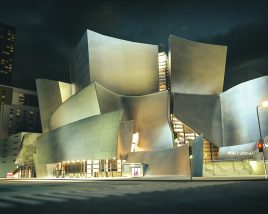 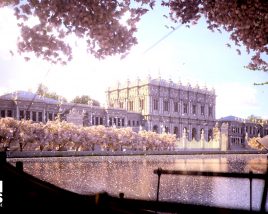