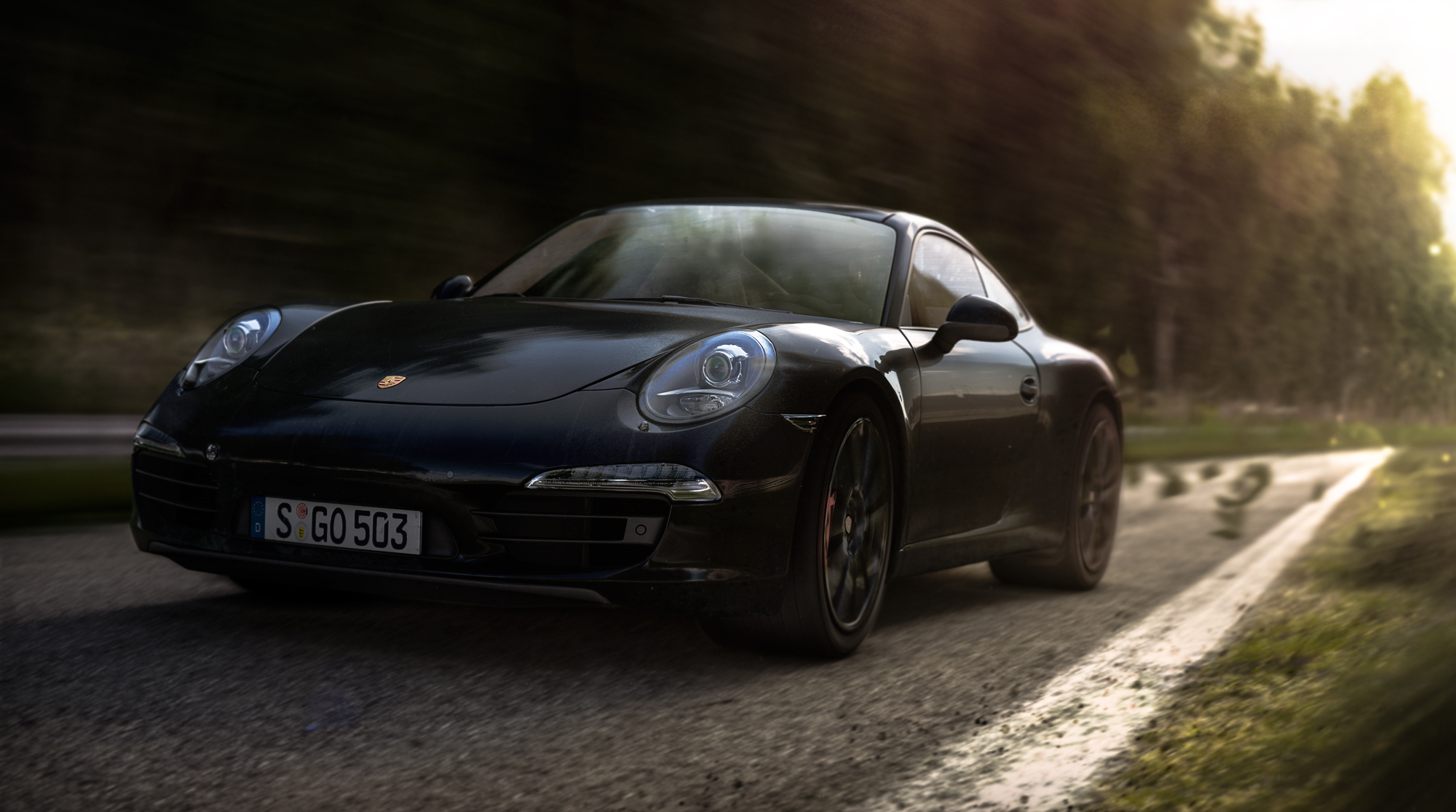 The first render (grey version) was initially a render test, never with the idea to make it in a final image I would like to be published. There was no background, only HDRI. So the whole scene was just the car, vray plane and an HDRI. When the render was finished I was pretty amazed and finished it in Photoshop and Lightroom. For a render test I think it looked great. My idea was to make the car drive with trees in the background so that is what I did for the second image. That's a bit of a bigger scene, but still very simple. A plane for the road, a plane for the grass and trees, 1 geometry for the rails next to the road and a car. The motion blur is rendered because I animated the scene and the wheels, not the car. I know this sounds a bit strange but the most important thing is that these two images where made in 3 days, and not fulltime working days. The car I had lowpoly and I only improved it for high res rendering. (new wheels, logo, bumper and that sort of things. The most of the time went in finetuning the shaders and lighting. Most of the projects I do for myself are very short in time. That's what I like most!